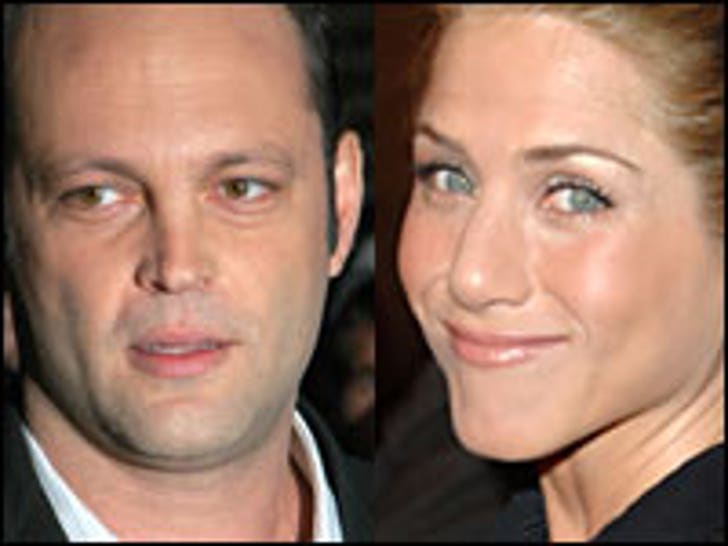 Did the romance of Paris sweep Vince Vaughn and Jennifer Aniston into a secret engagement while they were there together last month?

Well, if you believe Life & Style magazine, Vaughniston isn't just engaged, they're getting married "sooner rather than later," according to a story posted on the Internet Movie Database.

But Aniston's rep Stephen Huvane quickly quashed any speculation today to TMZ, saying that the rumors were not true.

According to the Life & Style account, the down-on-one-knee engagement happened while the couple were in Paris promoting "The Break-Up." "Friends" quoted by the magazine claim that Aniston even invited her former mother-in-law, Jane Pitt, to the wedding, that Vaughn has gone on The Zone diet in preparation, and that Courteney Cox will be the matron of honor.