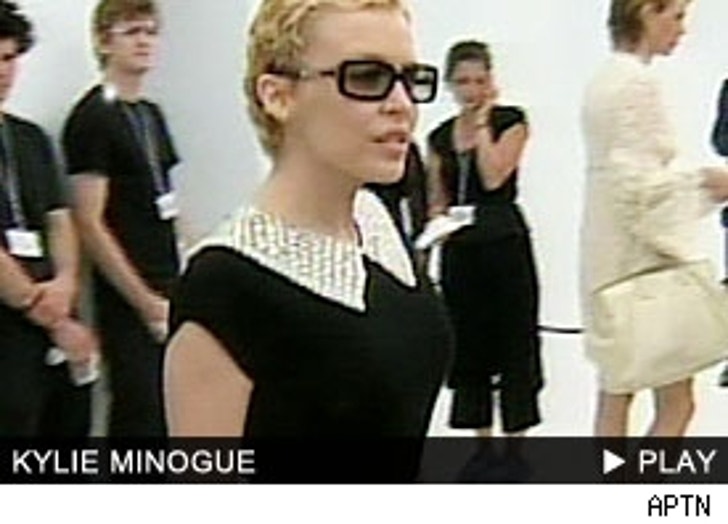 Kylie Minogue and her pooch Sheeba made an appearance at Karl Lagerfeld's show for Chanel at this year's Paris Fashion Week. The pop star was looking visibly better since her battle with breast cancer and was sporting a cute Mia Farrow-circa-"Rosemary's Baby" haircut.

Elton John, always the fashionista in his own right, had only glowing remarks for Chanel's new line, commenting "It was just gorgeous, I mean you don't see things like that very rarely and I haven't been to a couture show for so long and you can't get a better couture show than that."

Other celebs in Paris for Fashion week included domestic diva Martha Stewart and the always sexy Elizabeth Hurley, who showed their support for Valentino, and Mischa Barton and Drew Barrymore, who couldn't get enough of Dior.