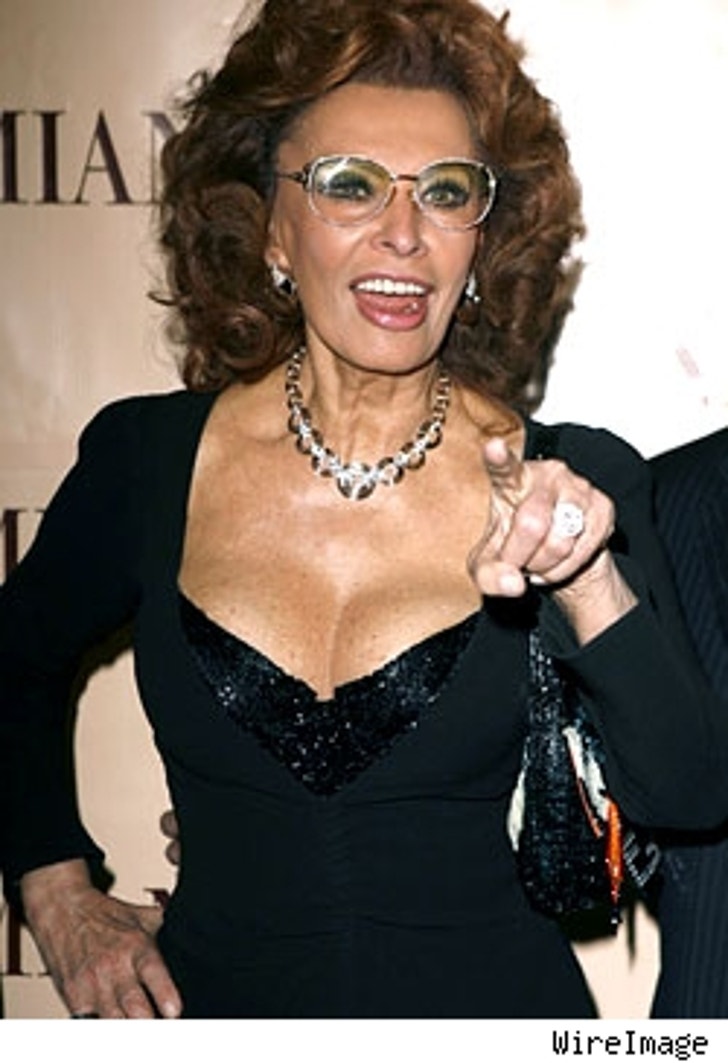 Oscar winner and Italian goddess Sophia Loren will appear in the 2007 edition of the world famous Pirelli Calendar.

At 71-years-gorgeous, Loren becomes the oldest woman to ever appear in the highly coveted calendar.

The calendar, known for its glamorous shots and artisitic nudes, cannot be purchased. It is only given as a gift to a limited and exclusive group of 30,000 important Pirelli customers and celebrity VIPs including Prince Andrew.

Although rumors circulated saying she would appear completely in the buff, a spokesperson for La Loren confirmed "She is certainly not nude."