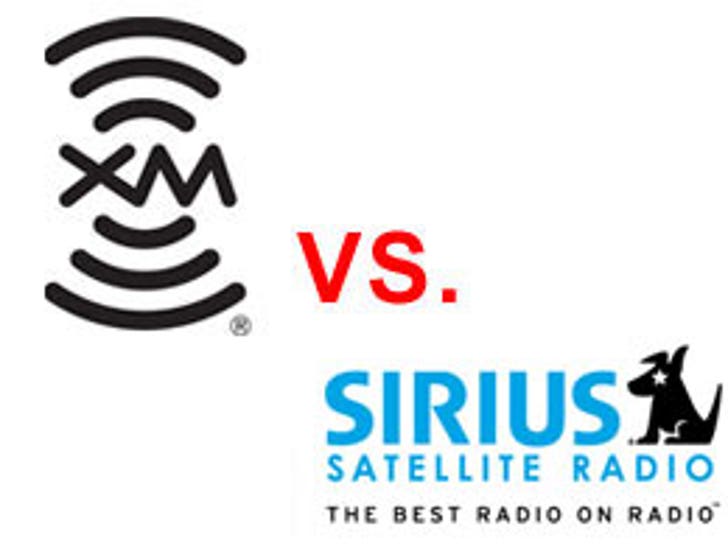 OK, so it's not as big a rivalry as Coke and Pepsi, but the competition between satellite radio companies XM and Sirius is heating up with great implications for the music and entertainment industries. XM Radio recently added Willie Nelson to its stable of celebrity broadcasters, which already includes Snoop, Oprah and Bob Dylan. But while XM has been busy adding celeb spinners and talkers, Sirius has been busy adding listeners. In the last three months, Sirius added more than 600,000 subscribers compared with 398,000 new listeners at XM. Between the two, there are now more than 11 million satellite subscribers.

Traditional or "terrestrial" radio is clamoring to remind people they can still listen to regular radio for free. Many stations have even gone as far as renaming themselves "Free FM" - as if we're too stupid to realize we're not paying. What these stations are missing is that we are not only not stupid, but that we are smart enough to know what we're missing over on satellite. The creativity that's been lacking on regular radio is alive and well at both XM and Sirius. And I don't just mean Howard Stern or Opie and Anthony. The depth and breadth of the music selections and exclusive music performances on both are amazing. No wonder people are willing to pay instead of listening to the same couple dozen songs recycled between over-hyped "DJs" on regular radio.

Besides all the great programming, another interesting aspect here is the long run rivalry between these two companies. It may be that they decide not to beat up on each other, but instead join forces to really put the hurt on traditional radio. If these companies do merge, "free" radio may have to covert to a payment system. But, I'm not talking about a subscriber system for regular radio - it'll be the other way around. If they don't start playing catch up with the fun factor and increase diversity in play lists they'll have to pay us just to tune in.