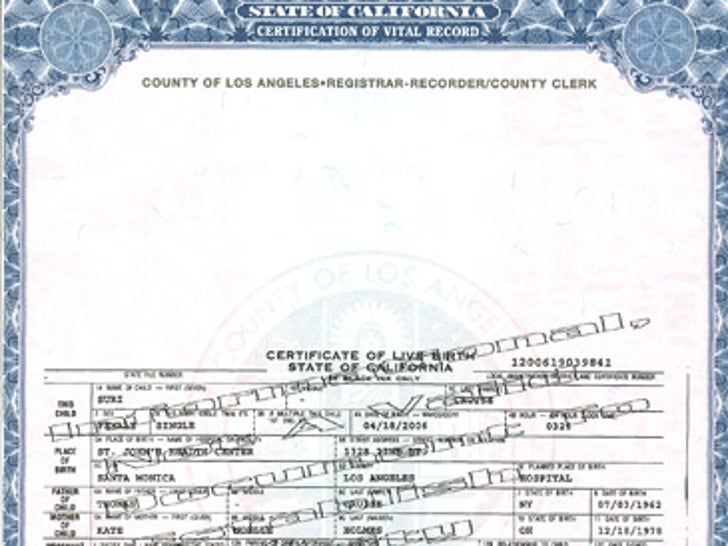 TMZ has obtained a copy of the official birth certificate of the elusive Suri Cruise, daughter of Tom Cruise and Katie Holmes. 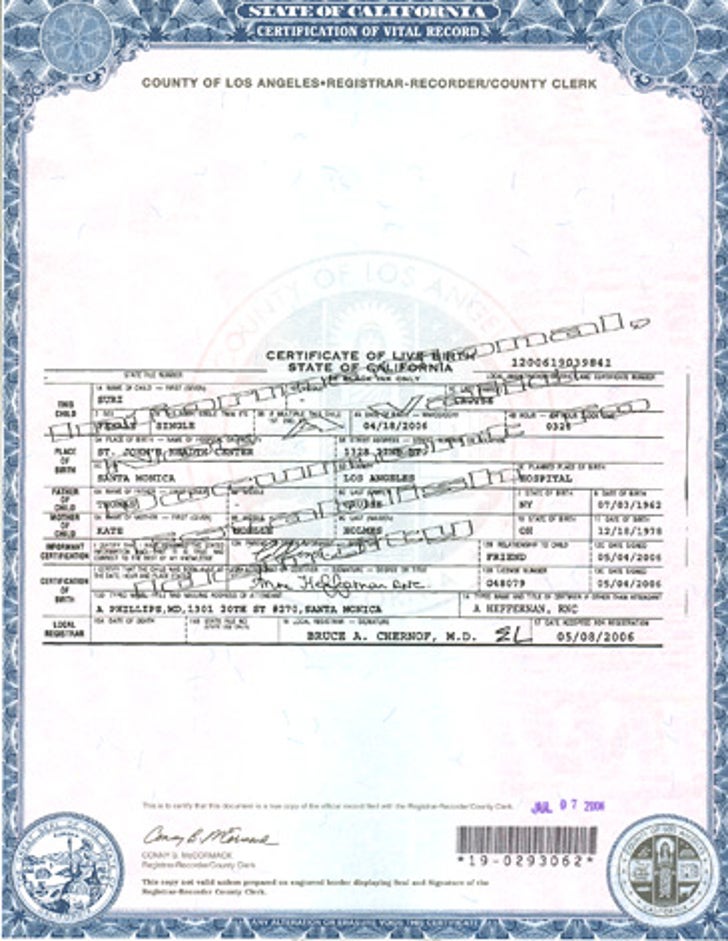 The document, filed with the Los Angeles County Register-Recorder/County Clerk, was filed May 8, 2006. (Click on document to download) There are several interesting items of note:

First, St. John's Hospital has a policy of filing birth certificates within 10 days of birth. In this case, Suri was born on April 18 but the certificate was not filed until May 8, 20 days later. An official from the hospital told TMZ that the delay occurred because they needed a signature from the parents or a representative of the parents certifying birth, and that person did not come in until May 4. The person who signed is labeled "friend." The signature is not legible.

Also, the "Attendant or Certifier" who signed the certificate -- Anne Heffernan, RNC -- was not in the delivery room and did not see the baby. But a hospital rep tells TMZ that Heffernan is authorized to sign when the doctor is not available. A hospital rep said "normally the doctor signs" but it isn't a requirement.