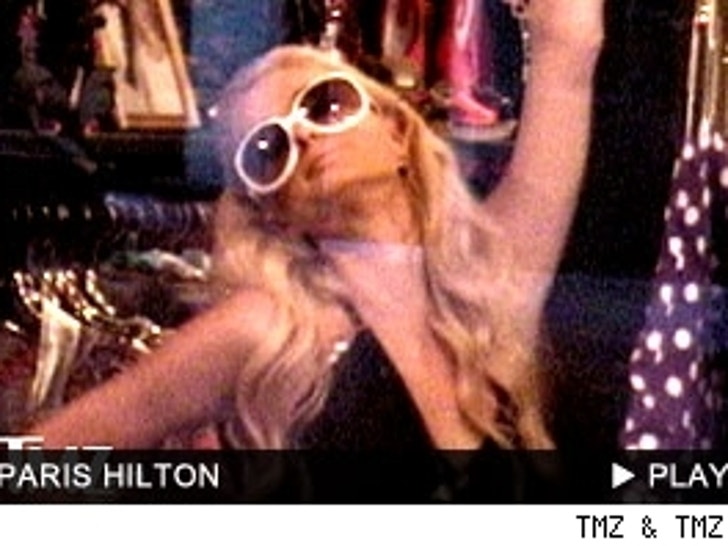 A photo shoot for Nicky Hilton's new handbags for Samantha Thavasa turns into the Paris Show. 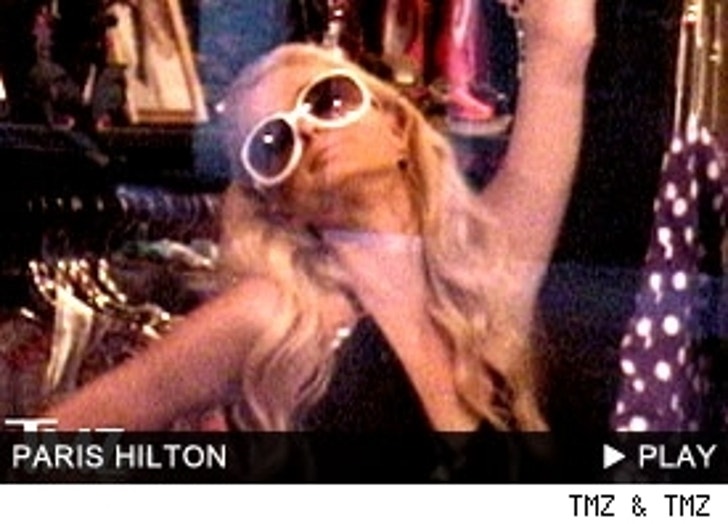 TMZ caught up with the heiresses as they posed on LA's trendy Third Street on Saturday. Nicky held balloons in the pics, while Paris took center stage with her pet puppy Tokyo Blu in tow.

Even after Nicky leaves the shoot Paris sticks around to ham it up for the camera and get doted on by her minions.

Paris finally leaves but not before posing for one last picture for a waiting fan.