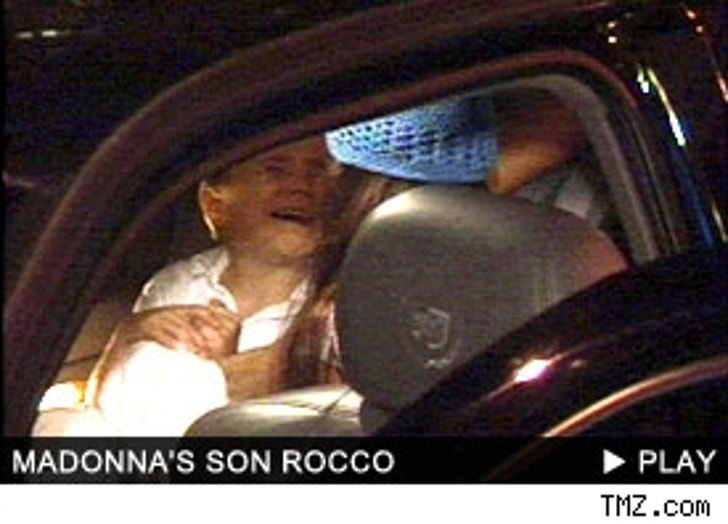 Madonna was leaving the Kabbalah Centre in New York City Friday night when her son, Rocco, appeared to injure his leg while getting into a car.

TMZ spotted the family leaving the Centre and Rocco, 5, can be seen in the car crying and holding onto his knee, with sister Lourdes, 9, by his side. Madonna entered the car shortly after.

Recently, rumors have circulated that Madonna is thinking about cutting ties with Kabbalah. A spokeswoman for Madonna has called the reports "untrue."