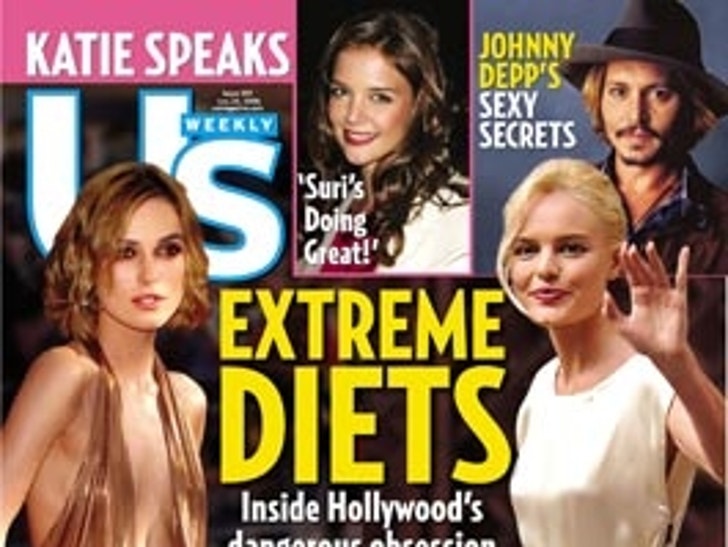 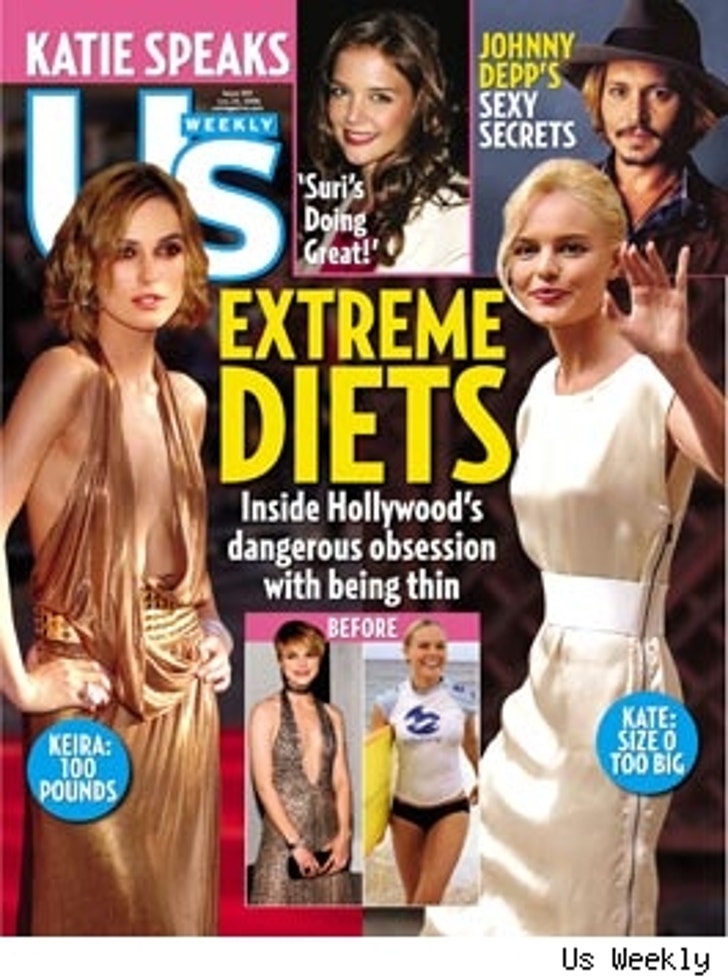 Katie was snapped by the weekly during a vacation in Telluride, Colo., strolling down the street with a friend and a cappuccino. Neither fiancé Tom Cruise -- nor, significantly, baby Suri -- were anywhere to be found. 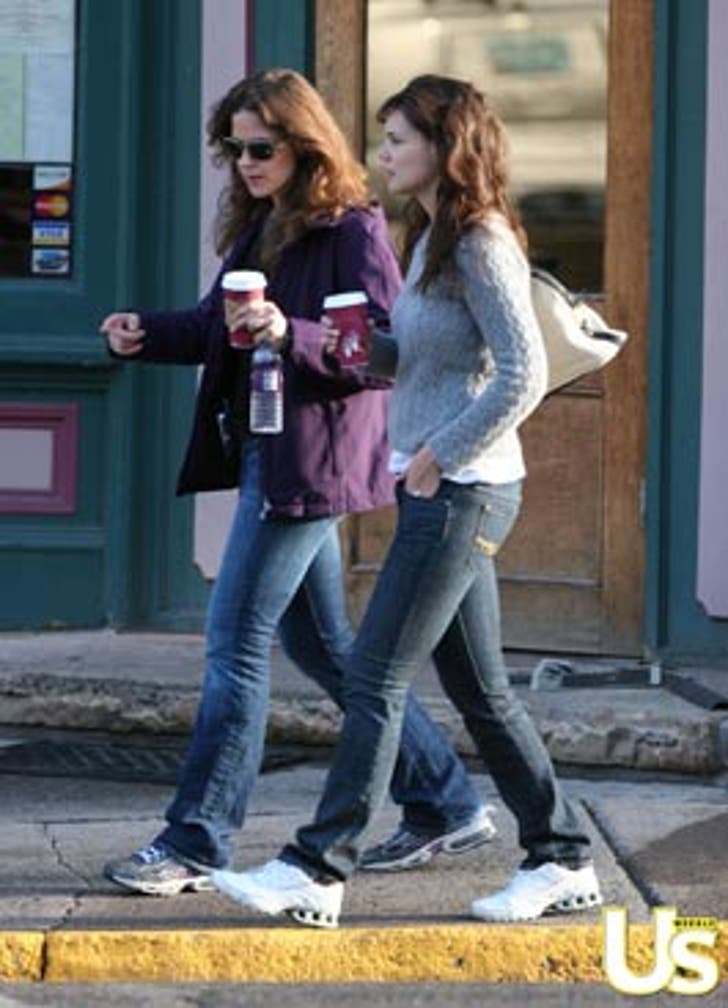 Us, in a three-page spread, says a couple of Telluride locals have reported Suri spottings, including a clerk at a natural-goods store, who said Suri is "funny looking." 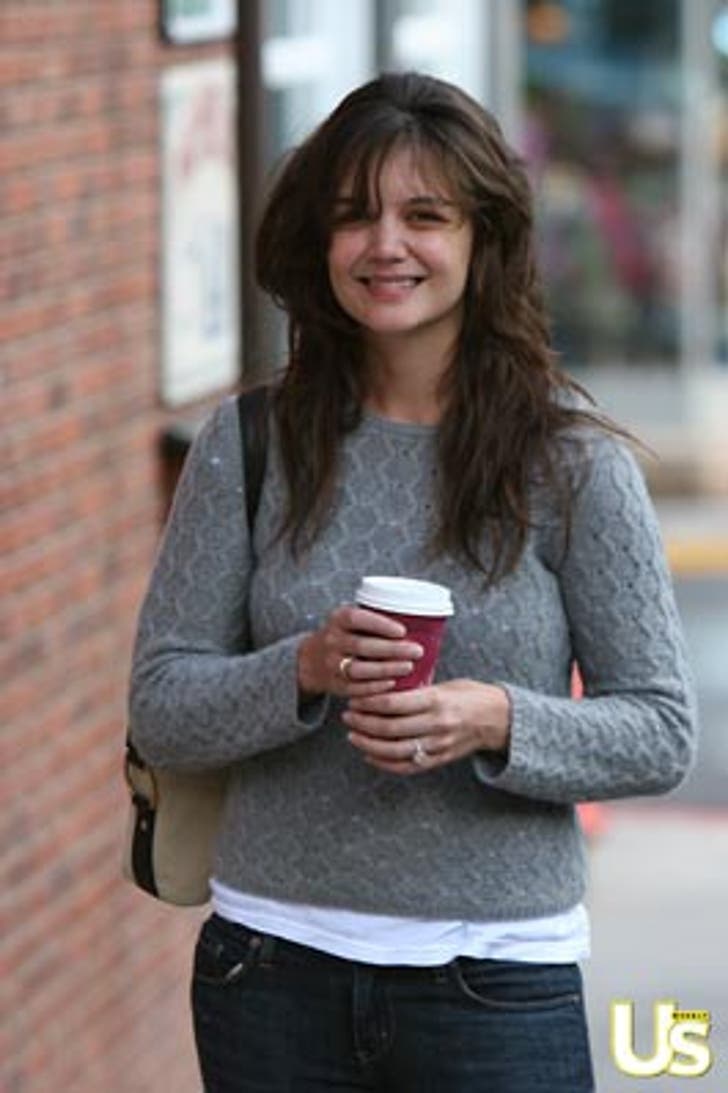 With Suri question marks far from resolved -- even her birth certificate is a mystery -- brace yourself for a new TomKat obsession: Us now speculates that the 27-year-old Katie could be pregnant again. The issue is on newsstands this week.