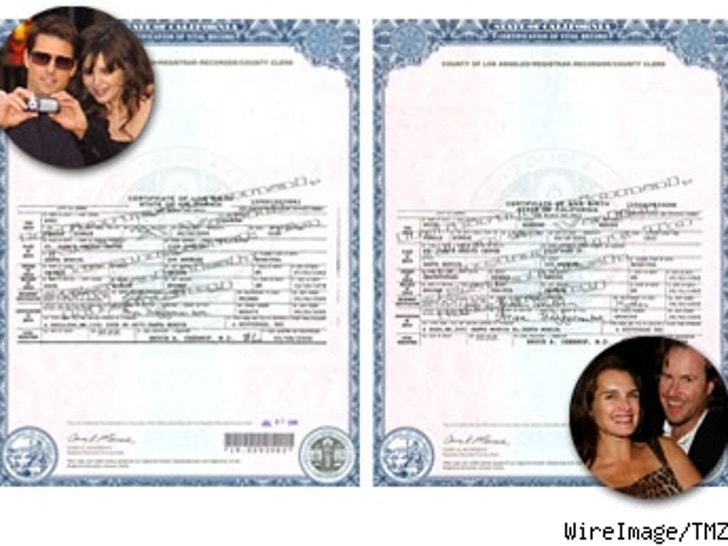 UPDATE: St. John's Hospital still has not called back, but we may have figured out what is going on here. It seems as if the nurses entered the license number of the doctors who delivered the children. Doctors are registered with the Medical Board, not the Nursing Board. Reps from two other hospitals -- UCLA and St. Joseph's -- told TMZ the box for "License Number" should have the nurse's license, not the doctor's.

A rep from L.A. County Vital Records, the agency where birth certificates are filed, confirmed to TMZ that the "License Number" should be the nurse's, not the doctor's. 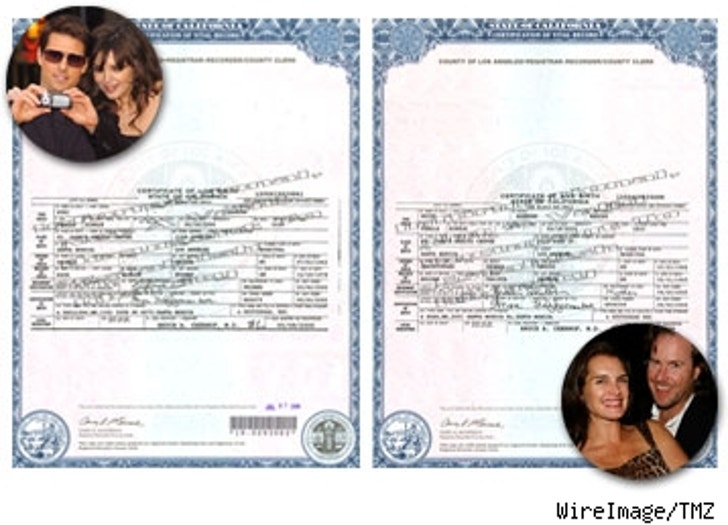 Both babies were born on April 18 at St. John's Hospital in Santa Monica. Anne Heffernan is the registered nurse who signed both birth certificates. As TMZ reported Monday, Heffernan, who never saw Suri, signed her birth certificate. A hospital rep says Heffernan is authorized to sign when a doctor is not available.

By the way, unlike Suri's birth certificate, Brooke Shields signed the one for her daughter. Someone listed as "Friend" signed the certificate for Suri.

Also, the hospital's policy is to file birth certificates with L.A. County within 10 days of birth. In the case of Suri, it took 20 days to file, in part because the "friend" didn't sign for 16 days. In Grier's case, Brooke herself signed two days after her birth and the certificate was filed nine days after the baby was born.

H-Wood: The Flurry Over Suri