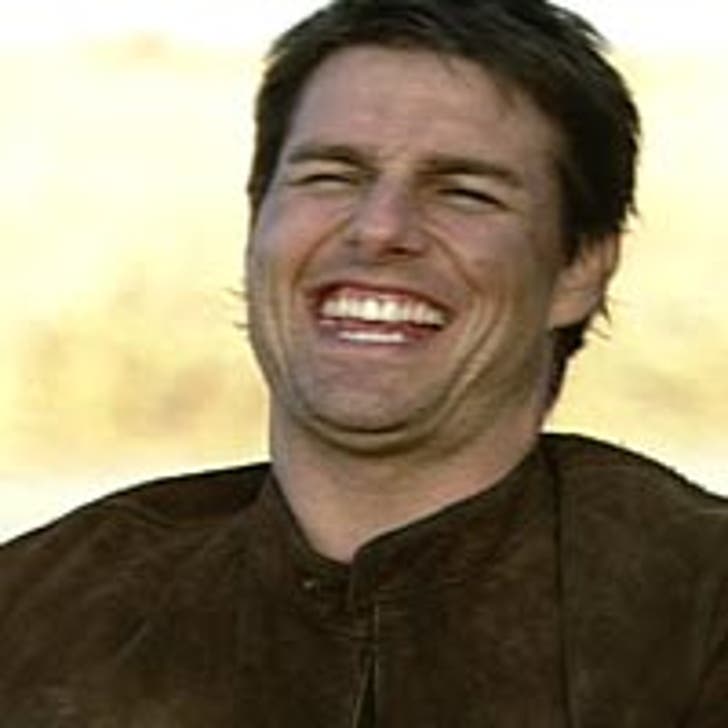 Where the heck is Suri Cruise? My cynical opinion -- Tom wants to out do Brad.

So here's my theory. Brad and Angelina got around $4 mil for the first pics of Shiloh, which they donated to charity. The word on the street is that Tom and Katie couldn't get more than $3 million for Suri pics. When you're as big as Tom Cruise, the only place to go is down. He was the biggest star in the world for a long time, loved by all. Now he's neither the biggest nor loved that much.

So forget about the conspiracy theories. People just weren't as into Suri pics as Shiloh pics, and it probably drove Tom nuts. But wait -- there's a solution. Create a mystery and the world will go crazy. That's exactly what I think is going on. If people start questioning if this baby really exists, the pictures automatically become more valuable. If he gets more than $4 mil, he beats Brad. I'm guessing if that happens, the money goes to Scientology, which could make the whole plan backfire.

In this town, stars make their own luck. Until recently, the Cruise machine was the master of managed publicity. I think this could be an attempt to re-capture some good ol' glory days.