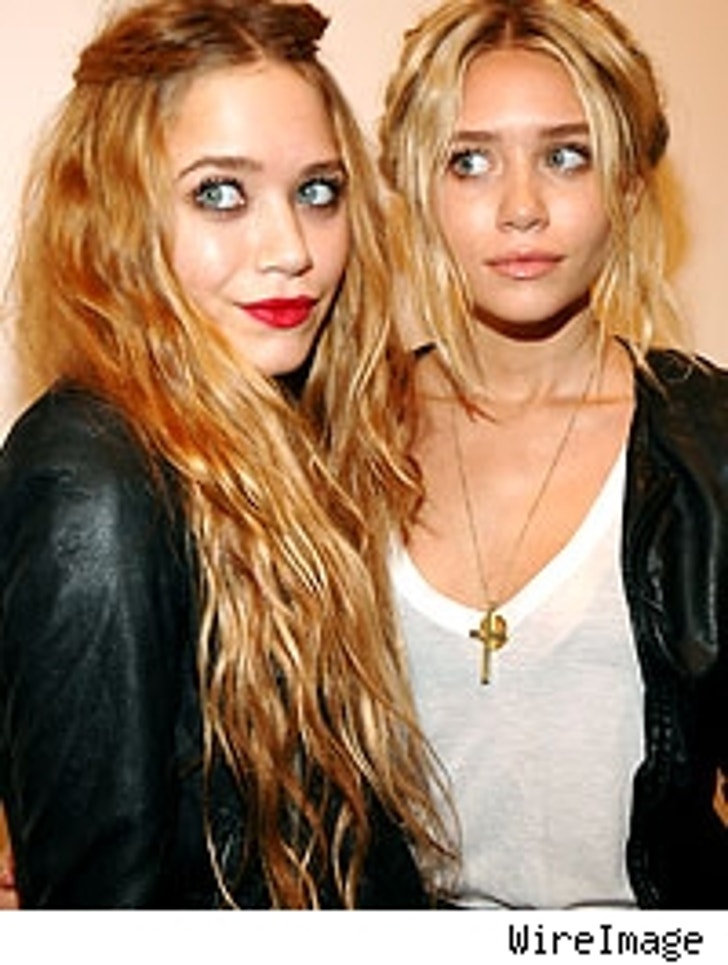 When not sporting oversized sunglasses or visiting Starbucks, Mary-Kate and Ashley Olsen also find a little time to run their billion dollar corporation entitled Dualstar Entertainment Group. And by a little time we mean once a month.

TMZ has learned that the 20-year-old media titans and some-time NYU students, come into Dualstar's Culver City, Calif. offices around every 30 days.

But instead of attending executive meetings or going over financial reports, the doll-like duo prefer to hole themselves up in an office and chain smoke cigarettes for hours at a time.

Besides being an appetite supressant and bad for you, according to California law smoking indoors in public places also happens to be illegal.

While the former "Full House" stars may no longer need Uncle Jesse's permission, we bet the police and the Surgeon General probably have a thing or two to say about their latest extra-curricular activities.