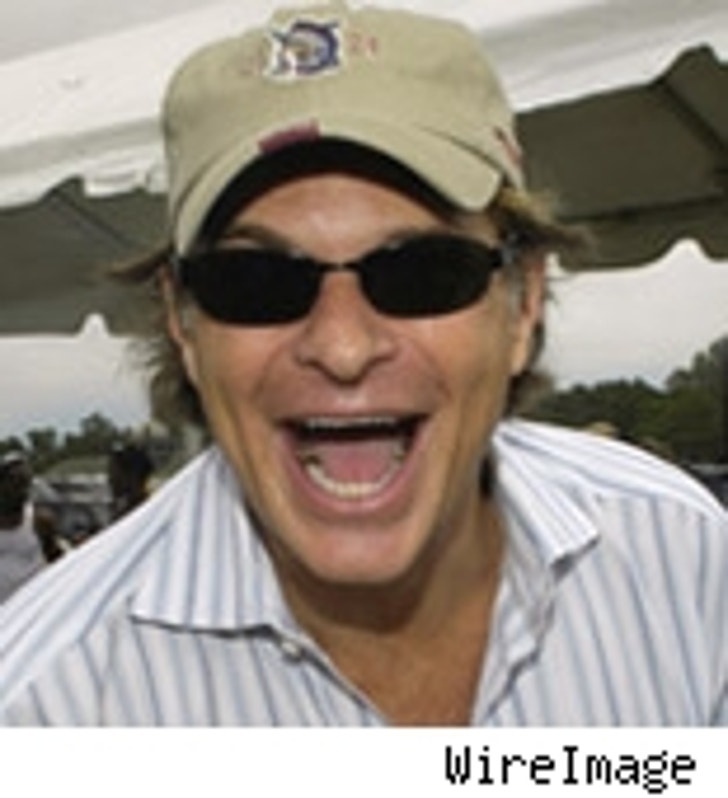 David Lee Roth got bounced out of his recent morning talk radio gig faster than you can say "Jump." In the waning days of his radio career, Dave practically begged Van Halen to bring him back for a reunion tour. The brothers Van Halen declined. Now, Diamond Dave is trying to relive some of his glory days without his former bandmates, only this time with a twist. Instead of hiring young guns to play the old tunes, he's behind a bluegrass tribute to Van Halen called "Strummin' with the Devil ."

Roth spoke to Blender about the project and different sounds the bluegrass guys put to his songs:

"My insistence was, 'Let's take the music wa-a-a-y past where we found it," and therein it will begin to solicit whole new imagery, particularly for myself. So now when I hear 'Jump,' it's very visual and cinematic, to me. Same thing for 'Panama.'"

Speaking of visuals, Roth recently appeared on Leno with the bluegrass band. While the band was great, Dave looked more like a deranged lounge singer than the seminal 80s frontman of his past. This stuff would probably be pretty good if Dave wasn't involved in it. What passed for vaudevilian comedy in past times now looks simply clownish - and not the funny kind.

What was that tune he covered right after he first left Van Halen?? Oh yeah...."I'm so sad and lonely, nobody cares about me"