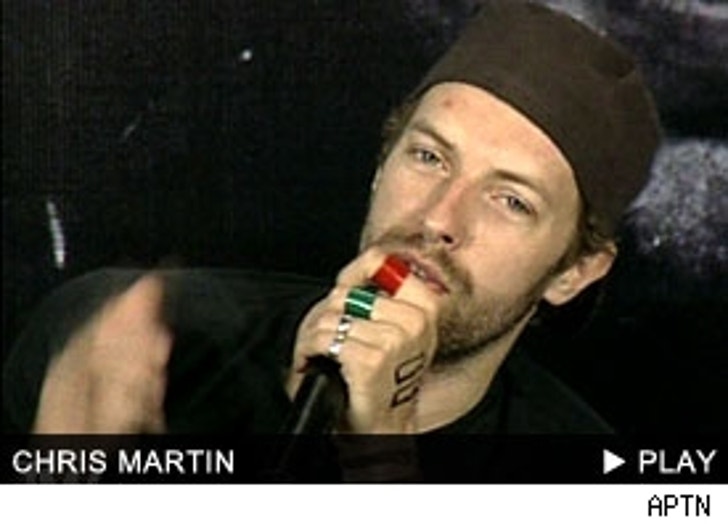 At a press conference in Hong Kong, the band's frontman made both a jab at Vice President Dick Cheney and fueled speculation that Coldplay may go the route of Weezer and disband.

When talking about why they don't get into fights with other bands, Chris Martin spoke out against the second in command, "You know, if you don't like [the music], just listen to something else. We'd much rather have a fight with Dick Cheney, you know - people who really do things that we consider to be bad." The comment brought laughs from the crowd and prompted the moderator to add, "Did everybody hear that?"

Martin seemed to dominate the presser and admitted it could be a while until the world gets new music from the band. "We won't do another album until we think we've written the best songs in history, and that could take a while. So we could be waiting, 20 years or 50 years. Who knows? Our next record seems like a long way away."