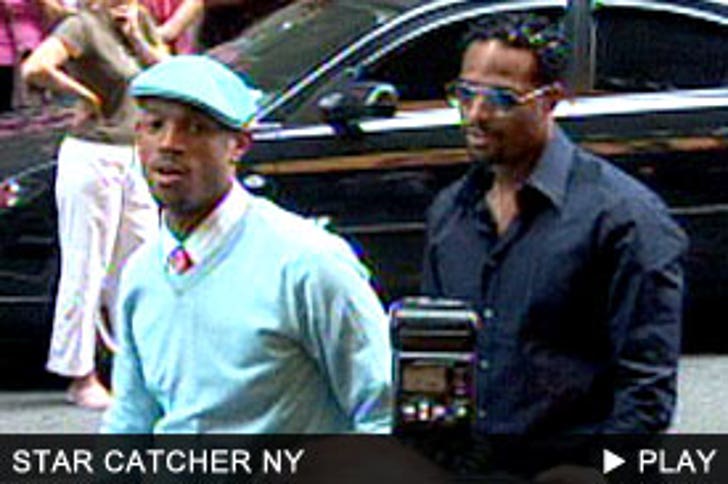 Owen Wilson, star of the wildly successful "Wedding Crashers," was seen in NY waving and shaking hands as he went into MTV's TRL studios in Times Square.

Shortly after, two more funny-men arrived: "Little Man" stars Marlon and Shawn Wayans. The two members of the talented Wayans family posed for pictures and greet fans on their way into the studio.

Also spotted was Kate Hudson, who stars in "You, Me and Dupree" with Owen. Kate is a second-generation comic starlet- her mom, Goldie Hawn, is a legend of the romantic comedy genre.