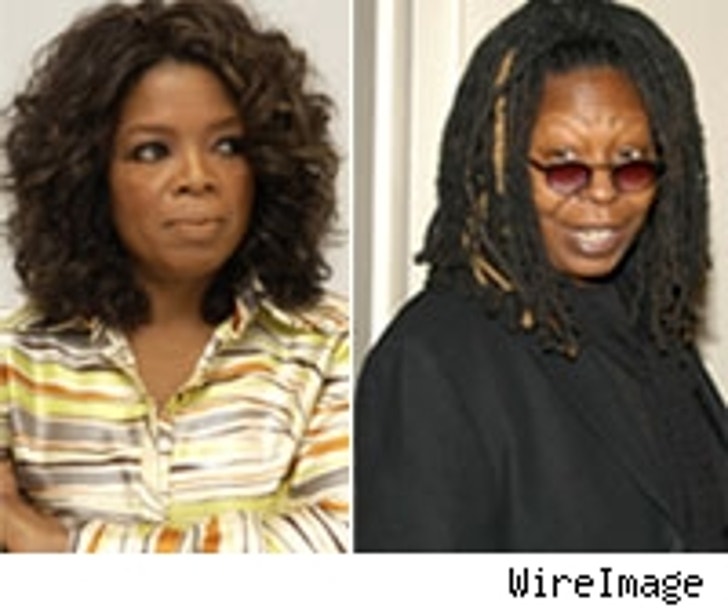 Even though Oprah Winfrey and Whoopi Goldberg ascended to fame together in 1985's "The Color Purple," Oprah apparently didn't seem fit to include Whoopi in her extravagant, year-in-the-making Legends Weekend, a glitzy, over-the-top celebration of the vanguard of African-American women back in May.

Whereas everyone from Maya Angelou to Gladys Knight to Toni Morrison was celebrated over the weekend with a luncheon, a ball and a brunch, Whoopi was nowhere to be seen. Though both stars have denied a rift resulting in the snub, Goldberg's omission was noticeable, especially when lesser lights like Angela Bassett, Audra McDonald, and Brandy were feted (in a grouping called "The Young'uns").

Parade magazine asked its readers to weigh in on whether Whoopi should have been invited to the event, and a resounding 76% said that Oprah was indeed wrong to exclude the actress-comedian from the weekend. Read some of the reaction and the full scoop from Parade here.