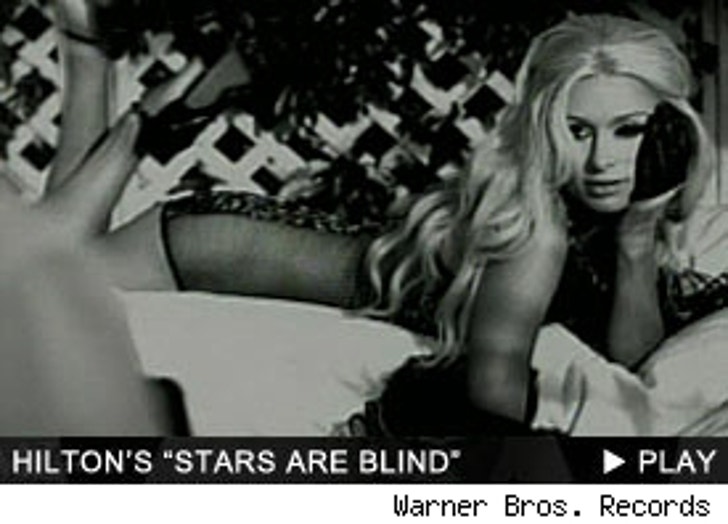 Paris Hilton owes an enormous debt of gratitude to Herb Ritts, even though she might not know Herb Ritts from a Ritz cracker.

The Hilton video canon -- thus far comprising two versions of "Stars Are Blind" -- borrows heavily from the work of the famed photographer-director, who died in 2002. The most recent version, in which she poses for a photog and ties herself to a wheel, has echoes of the Ritts-directed Janet Jackson video "Love Will Never Do (Without You)," while the original "Stars Are Blind," with its moody depiction of Paris on a beach, writhing in the arms of a sleek-skinned hunk and preening in the sand, is nearly a shot-by-shot rip-off of Britney Spears' "Don't Let Me Be The Last to Know" as well as Chris Isaak's "Wicked Game."

Indeed, the extensive back catalog of Paris' director, Chris Applebaum, whose credits include vids for Fountains of Wayne's "Stacy's Mom" and Rihanna's SOS, doesn't betray a particular Ritts fixation. But the super-stylized visual approach means that the music on offer doesn't distract too much from Paris' more salient assets.