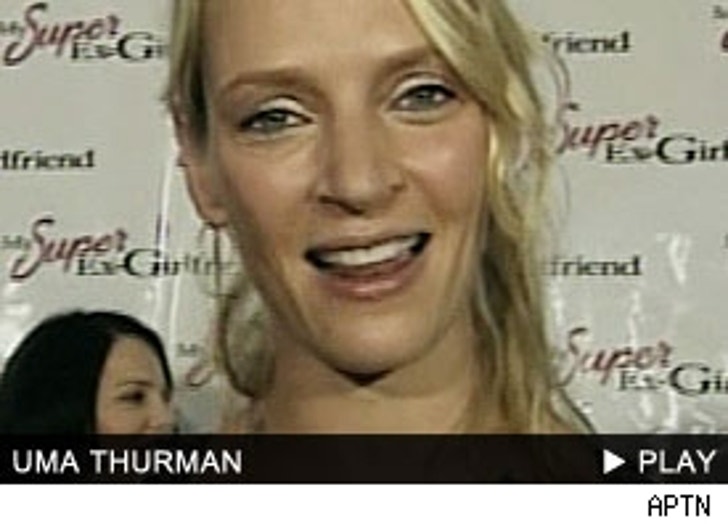 Thurman showed off her fighting skills in the "Kill Bill" films and vocals in "The Producers" but her latest film displays her greatest talent yet: shark chucking. In "My Super Ex-Girlfriend" Thurman plays G-Girl, a superhero who uses her powers to throw a shark through her ex-boyfriend's window.

"It was such fun. It was incredible fun," said the actress of the fishy scene at the film's premiere, "I think I throw the shark for every girl in America. It's my by-line. Shark chucking at someone who breaks your heart seems like just-desserts."

Thurman was joined on the red carpet by the man who revived her career, Quentin Tarantino, and he had only glowing things to say about the former Beatrix Kiddo.

"She has a presence to go behind her talent. She's like an old movie star, like from the old days. Uma Thurman would have been a movie star in thirties in the forties. She'd be having tea with Garbo. They would be trying to do the Uma Thurman story. We don't have that many people like that anymore so she really fills up the screen."

Uma will fill up the screens again on July 21 when "My Super Ex-Girlfriend" opens in theaters.