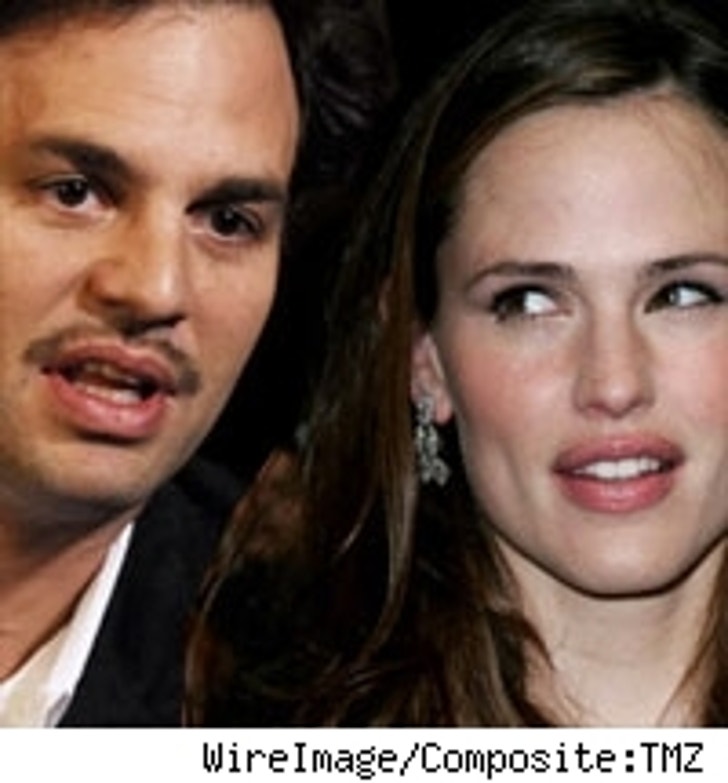 EXCLUSIVE: We just heard that not only is Mark Ruffalo set and Jennifer Garner in talks to join the cast of "Reservation Road" (the Oscar-bait indie that recently landed Joaquin Phoenix as a male lead), Focus Features is in talks to acquire the distribution rights to the film.

Under the direction of "Hotel Rwanda" director Terry George, "Reservation Road" is being produced by Nick Wechsler, who most recently produced "North Country" - a film that received Best Actress Oscar nominations for its stars, Charlize Theron and Frances McDormand. The film, like the novel, explores the emotional aftermath following the hit-and-run killing of a university instructor's 10-year-old son, and his subsequent dogged hunt for the killer.

While its gratifying to see that a film based on Jonathan Burnham Schwartz's challenging, multi-character perspective novel is being made at all, it is alarming to note that studios just don't seem to care making the kinds of films that win Oscars. That is, just as studios slash first-look development deals with producers, and drastically reducing the number of pictures they're making, the focus is switching to all-popcorn, all the time blockbusters. Which is great, if your a fourteen year old boy, and not so great if you care about serious film.

With four out of five of last year's Best Picture nominees as indies, including the winner, I'd say we're already there.

The reason for this, of course, is Wall Street. With the studios owned by corporate parents who care about making this quarter's numbers, there's little room to for scatter-shot development and greater emphasis on howitzer-sized blockbusters, the returns on which are easier to prognosticate. Problem is, blockbusters don't always work. (Take a ganders at the $100 million in losses from at "Poseidon" at Warner Bros. for proof.)

While conglomerates have to pay far more attention to the numbers, cinema is the one thing that can't be done by the number - lesson Wall Street may have to learn painfully if it's ever to learn it at all.