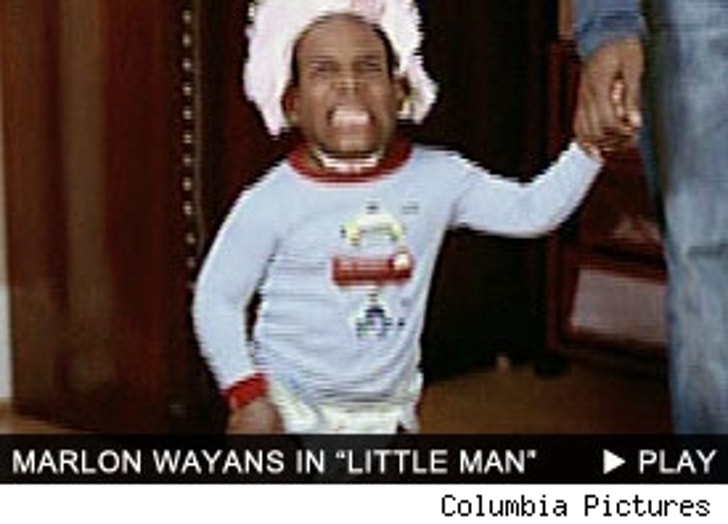 The Wayans Brothers, who switched races for 2004's "White Chicks," are back at it again, this time making Marlon a three-foot-tall jewel thief disguised as a baby through somewhat creepy movie magic in "Little Man."

The film also stars Kerry Washington, who hit it big after appearing in the Oscar winner "Ray," as Vanessa Edwards, husband to Shawn's character Darryl. "I really don't ever want to be put in a box, and I found myself, after 'Ray' doing a few more really very serious dramatic films...I don't want to be pigeonholed." At least she knows the film isn't going to garner the same kind of attention as the biopic but could care less, "I was in an Oscar nominated film and I'm really proud of it so who is anybody else to judge."

Though maybe not Oscar worthy, Marlon believes they've made a movie that has appeal for everybody. "This one has good boy humor, good girl humor, some heart and good physical slapstick humor for the kids, and so I think a mom could take her kid and they could enjoy the movie together, " he then added, "Dad could bring his mistress and then everybody can go see the movie together."