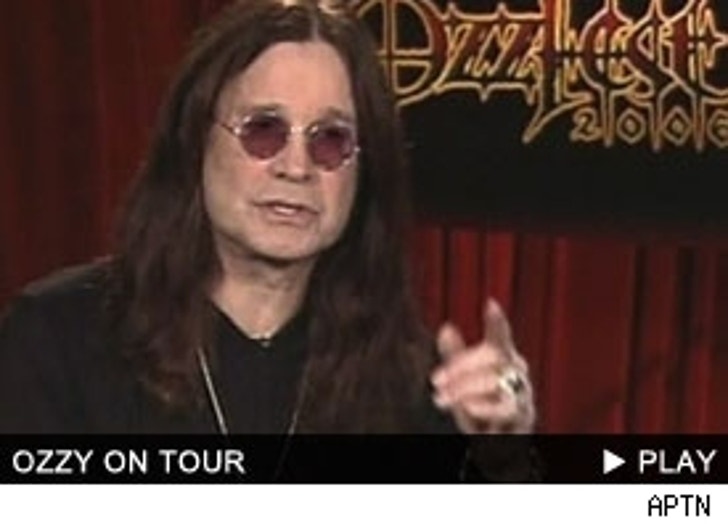 The Osbournes are it again. Apparently Ozzy was going to bow out of the annual hard-rock fest that bears his name until his manager/wife Sharon told him what legions of Ozzy fans the world over would have said... it just isn't Ozzfest without Ozzy!

Ozzy relented, but is going to scale back the amount of dates he plays (unless Sharon talks him into more dates, which is always a possibility.) Ozzy says it's simple: he loves what he does and that if he had a nine to five job he would "probably be dead or in jail".

Lucky for him (and us) he's not the mail man!