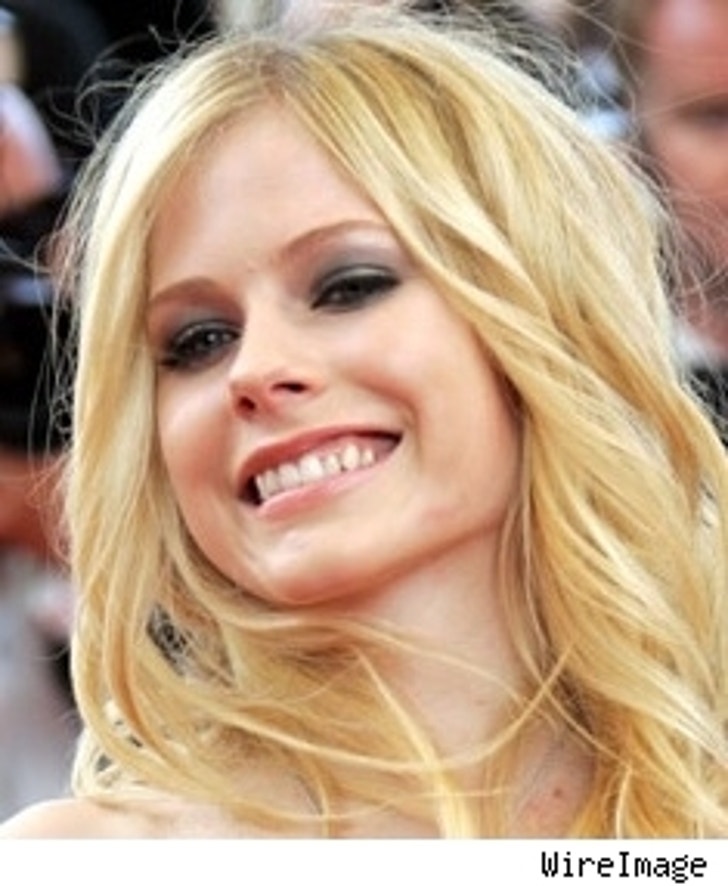 In a match made somewhere in rocker heaven, pop princess Avril Lavigne and Deryck Whibley, the frontman of Sum 41, tied the knot yesterday on a private estate in Montecito, Calif.

And though the bride eschewed her punk style for a traditional white gown and Mendelssohn's "Wedding March" as she walked down the aisle, she and Whibley chose the Goo Goo Dolls' rock anthem "Iris" for their first dance.

The couple, according to reports in Us Weekly and People, had a brief, 20-minute ceremony, and then they and their roughly 100 guests moved to a tent on the Villa Lillybelle estate, where the predominant decorative theme was white roses. Lavigne, 21, and Whibley, 26, who are both natives of Ontario, Canada, have been together for two years, and got engaged in Venice, Italy, in June 2005, while Lavigne was on tour there.

"I might look like a tough chick – and I am – but I'm also a hopeless romantic inside," she has said. 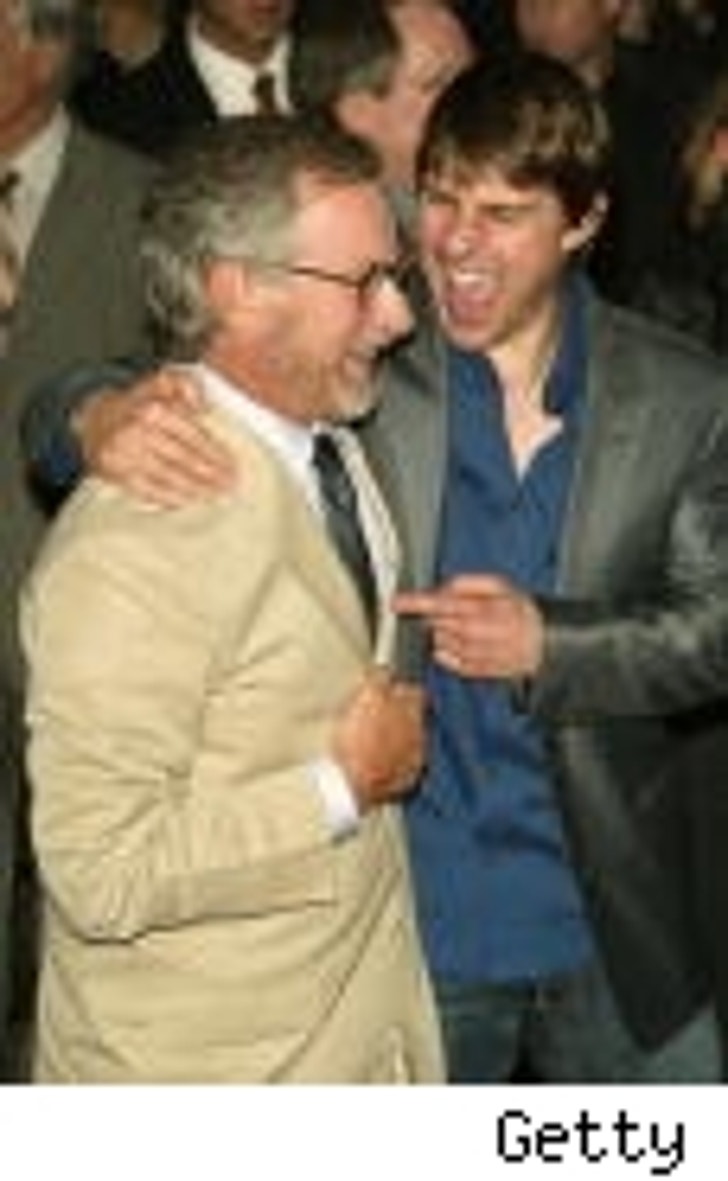 Tom Cruise and Steven Spielberg had a falling-out during and after the filming of their last collaboration, "War of the Worlds," over Cruise's use of his movie-related PR platform to rant about Scientology's precepts.

According to an article by Ken Auletta in this week's New Yorker magazine (via Page Six), Spielberg was "steamed at Cruise for ranting, during what were supposed to be promotional appearances for ["War of the Worlds"], against the widespread use of Ritalin to treat unruly children." What's more, Auletta reports that after Spielberg "mentioned to Cruise the name of a doctor, who prescribed Ritalin, the doctor's office was picketed by Scientologists."

However, the film heavyweights must have smoothed things over since then, as they were looking pretty chummy as Spielberg accepted a lifetime achievement award from Cruise at the Chicago International Film Festival yesterday (not pictured here). 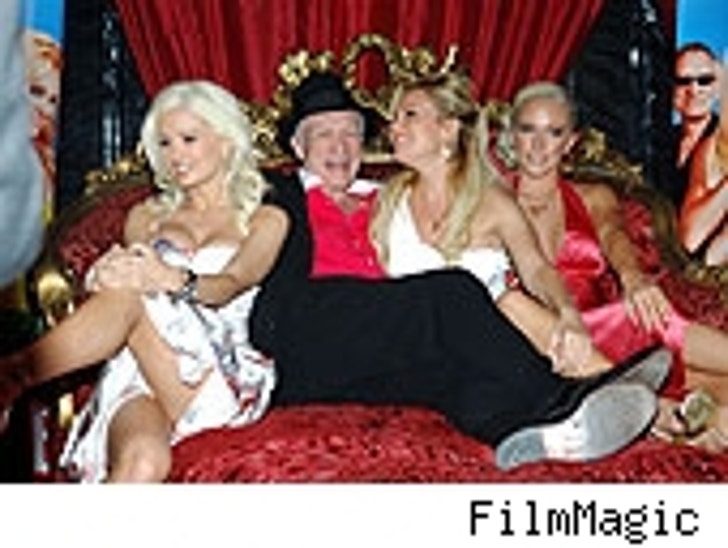 Yet Another Tale From Inside the Playboy Crypt

One problem with having a lot of girlfriends, as Playboy founder Hugh Hefner is finding out, is having a lot of ex-girlfriends who write books about you. And another one of his exes, Izabella St. James, is spilling the beans about her time as part of the Hef harem.

St. James' book, "Bunny Tales," which comes out in August, provides the usual details of the luxe life she led in the Playboy Mansion during two years as one of Hef's girls, according to Page Six. But she also dishes on some of the restrictions that went along with that life, like a 9 pm curfew and the fact that "sex night" occurred just twice a week, even though the girls were forbidden from having another man in their lives.

Hef, for his part, doesn't seem to bothered by it all. "What can I say? Some of them [the girlfriends] get a life [after their time in the mansion] and some of them write books," he tells the Post. "I put her through law school, and I see she's choosing not to use it. I wish her well." 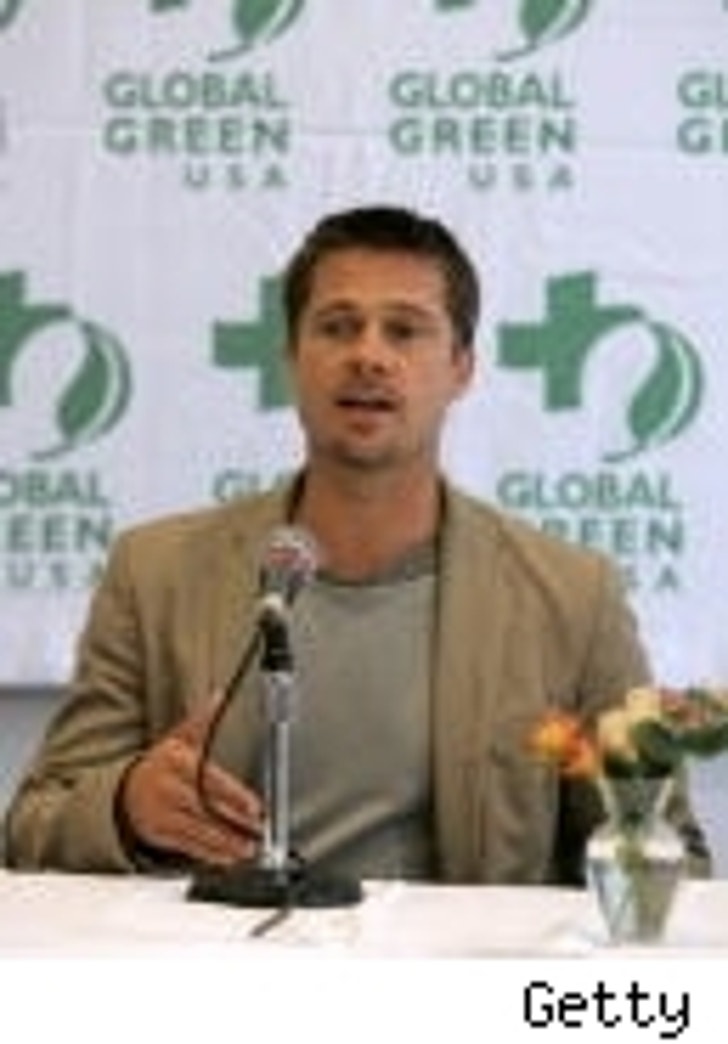 Brad Pitt said he was "not prepared" for the devastation that he encountered when he visited New Orleans for the first time last week since Hurricane Katrina. After two days of driving around the city and witnessing the damage wrought by the storm, Pitt said the aftermath was "shocking" and "disturbing," and that "very little was being done and I wanted to help out and wanted to do better, Katrina was certainly an indictment we could do better," Pitt said.

Pitt was in the Big Easy to promote a competition that he's heading up through an organization called Global Green to help rebuild the city using energy-efficient building materials and appliances, especially in low-income communities. Interestingly, according to the AP, reporters were under strict orders not to ask Pitt about Angelina or the kids, lest the press conference get shut down. 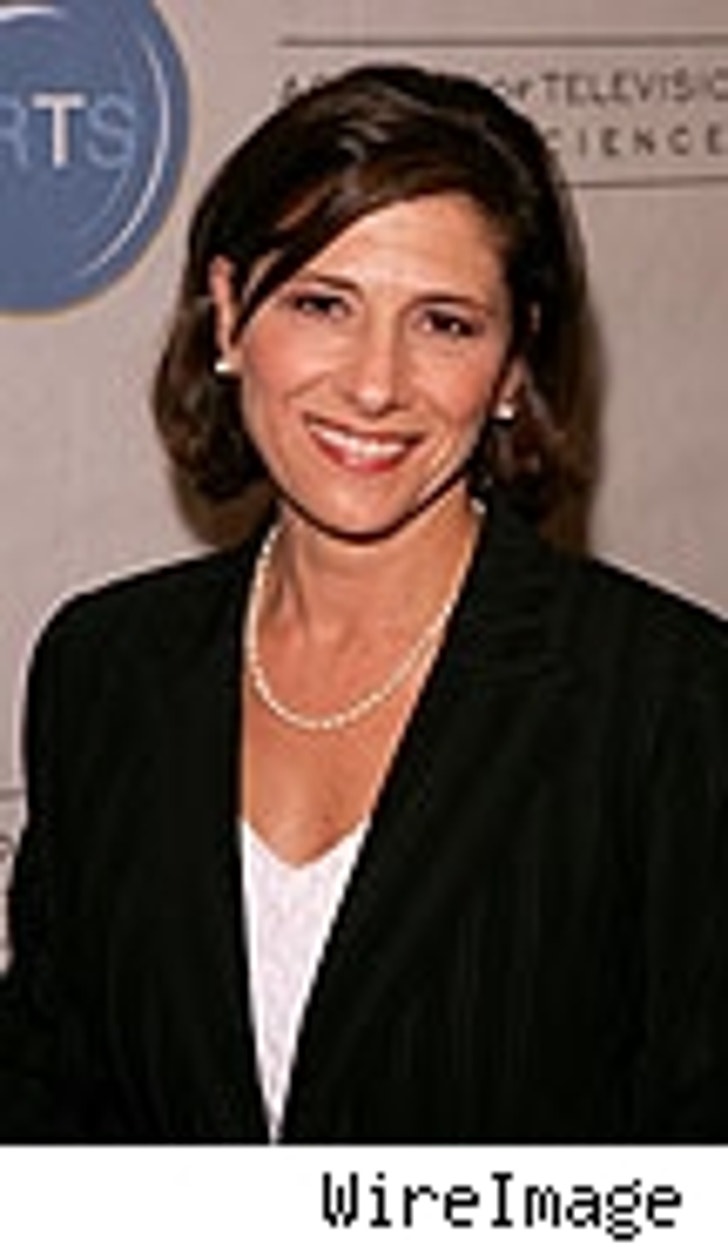 CBS Exec Gets Into Minor Tiff With Critics

TV networks – or CBS at least – don't appear to care whether you care what happens on your favorite show, especially if it gets cancelled due to poor ratings. CBS Entertainment President Nina Tassler (left) was asked by the critics and reporters at the Television Critics Association meeting yesterday whether her network would provide a wrap-up of what happens if a show like new fall drama "Jericho" got cancelled before the end of its run.

Tassler at first asserted that she didn't think audiences would care if serialized dramas, like "Lost" – as opposed to procedural ones, like "CSI," which don't have an ongoing storyline – were repeatedly cancelled, leaving viewers in the lurch, in making future viewing choices. The reporters took issue with Tassler's stated indifference, though she later acknowledged that the network would have to find ways to satisfy viewers' curiosity for narrative loose ends.