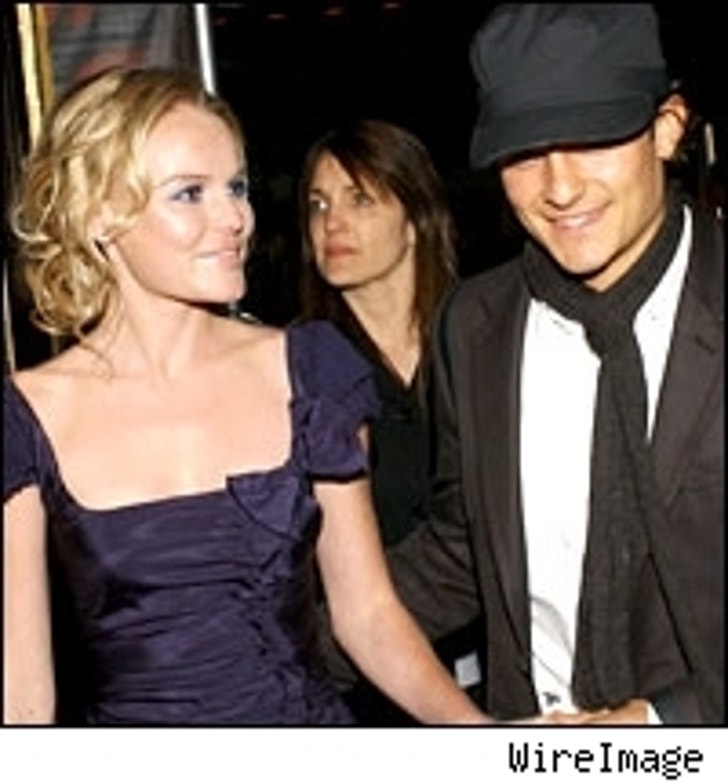 Orlando Bloom had a great weekend, with his "Pirates of the Caribbean" movie making another 62 million at the box office, but that doesn't mean his dog can come into the restaurant.

Bloom and Kate Bosworth were spotted going out for a late afternoon lunch (they had scallops) and - just like the rest of us - Orlando had to leave his beautiful black dog in the car.

We all know how dangerous a hot car can be for an animal- the risk of death is quite real. But Orlando took care of his best friend, making sure the window was cracked and getting up twice during the meal, possibly to go check on the pooch.

When he and Kate came out of the restaurant, the car had been moved to a shady spot. It is unclear if Orlando requested this or if the valet took the initiative. Either way, Orlando gave the guy what looks like a substantial tip.

And Orlando's right - it's worth a few bucks to ensure your pet's safety.