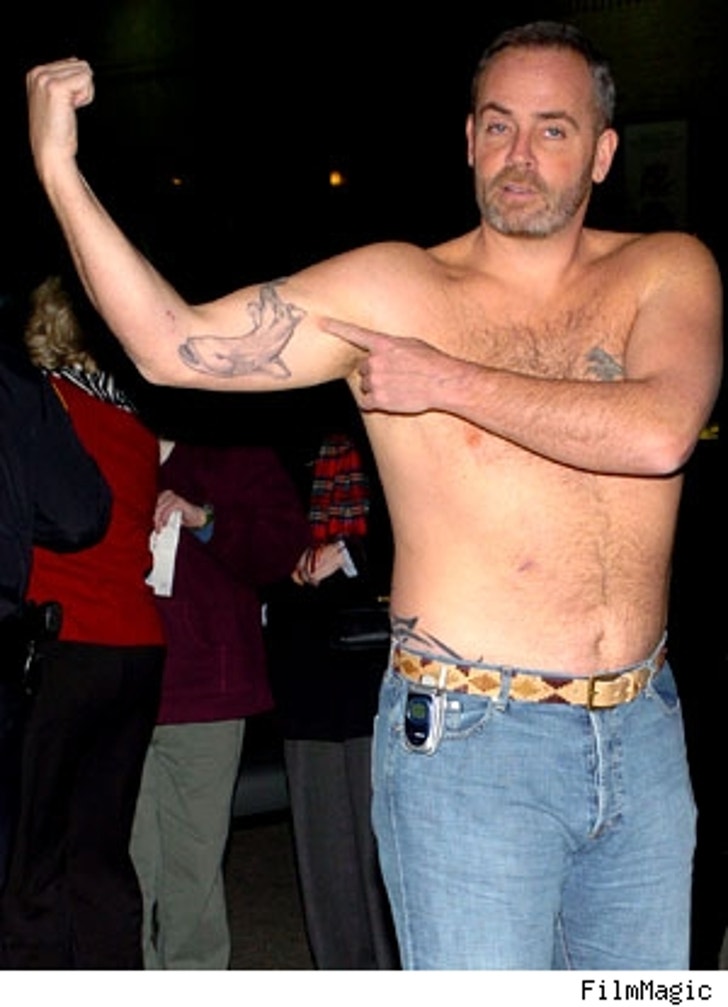 Hatch who famously went au naturel on the first season of "Survivor" is once again exposing his family jewels in the new film "Another Gay Movie."

Whereas pixelation saved viewers from the full horror on television, moviegoers will have to endure the sight of the full-figured 45-year-old in all his naked glory.

At the movie's L.A. premiere on Saturday at the Outfest film festival, patrons shrieked and gasped during Hatch's full-frontal nude scene.

"Another Gay Movie", which opens July 28, is a parody of teen sex comedies like "American Pie" and "Porkys" but with a gay twist. The film also features (clothed) appearances by British talk show host Graham Norton and Ant from "Last Comic Standing."

Hatch is currently playing a different game of 'Survivor' now that he's serving a 51 month sentence in a federal prison for tax evasion.

Here's hoping -- for his own good -- that Hatch's jailhouse fashion choices are going down the Martha Stewart poncho route rather than his usual birthday suit ways.