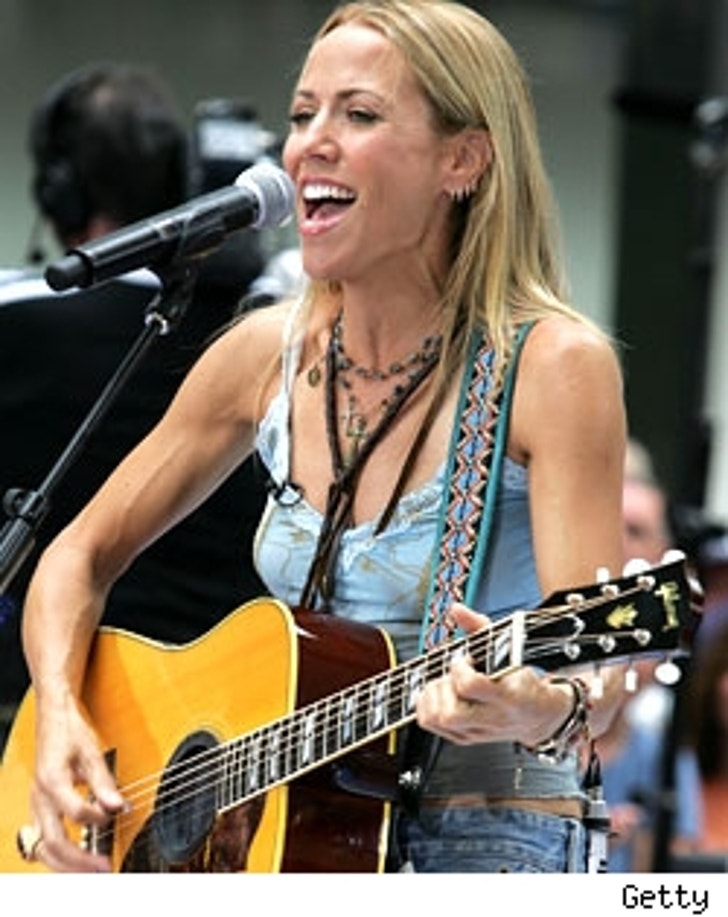 I was invited to Atlantic City this weekend by J Henry - a hot new artist who opened up for Sheryl Crow at the Trump Taj Mahal this past Friday night. J Henry was kind enough to bring me to the private sound check for an upclose view of Ms. Crow. We walked in as her band was tuning up and as my eyes darted around the stage searching for Sheryl, out trotted a gorgeous yellow lab- I knew his master wasn't far behind. Sure enough, just steps behind her pooch Sheryl bounced out for a little pre-show fun.

During sound check, Sheryl entertained a small group of about 50 to some on-stage antics that included her and the band going into a cover of The Commodores' "Brickhouse" and doing her best Chuck Berry impression. The fun continued during the concert as well. Backed by her band and a 4 piece string section, Sheryl (looking quite fit) put on a great show that ended with a raucous version of Led Zeppelin's "Rock-n-Roll."

Perhaps it was because the show was the last night before a quick tour break, but Sheryl beamed with a happiness and calm that is impressive from someone so recently publicly dealing with personal and medical issues. It was obvious she was enjoying her weekend at the beach and moving on with life.

After a brief break, Sheryl hits the road with John Mayer.