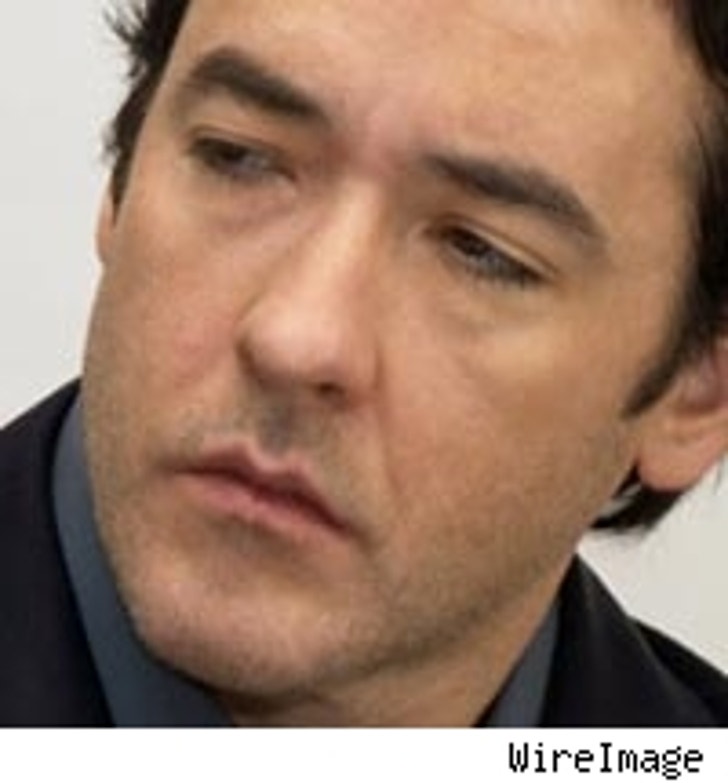 A Los Angeles woman was ordered to stay 100 yards away from actor John Cusack.

At a hearing Tuesday in Santa Monica, a Los Angeles Superior Court judge ruled that Emily Leatherman must not in any way attempt to communicate with the actor, even by telephone or email.

Leatherman, who was present in court, had previously sent Cusack letters and shown up at places he was scheduled to appear over the last 16 to 18 months.

During the hearing, Leatherman told the judge she also had a legal run-in with Tom Cruise.

Cusack's court papers claim Leatherman has a history of arrests for assault with a deadly weapon. Cusack, who just turned 40, did not attend the hearing. Cusack states in his papers, "This person is showing unusual interest by stalking, throwing long letters of interest over my fence in bags with rocks and screwdrivers inside...." Cusack adds that Leatherman "...threatens to commit acts of violence against herself if I do not help her."