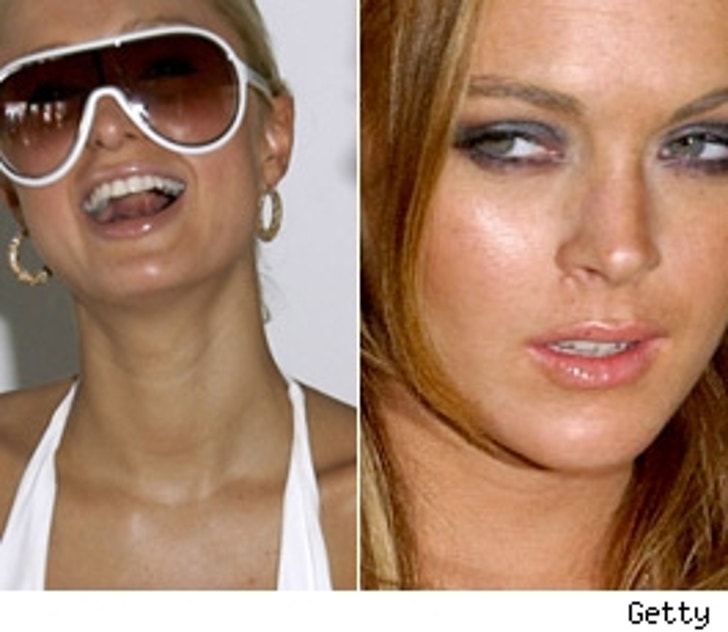 In the ever-escalating feud between the two starlets, the lodging heiress cackled her way through a party both she and Lindsay attended in Malibu last weekend, bringing to mind another, more infamous, Lohan-directed Hilton giggle-fest.

Not long after she snickered her way through Brandon Davis' "Firecrotch" tirade on the streets of Hollywood, Page Six reports that she "made it a point to whisper and laugh very loudly the entire time" at the Polaroid Beach House in Malibu last Saturday where Lohan was also partying with new beau Harry Morton – and where she also was seen getting cozy with the freshly-out-of-rehab Davis.

Lohan, as has been her wont in these situations, elected to stand down and slipped away with Morton to a back bedroom, where they couldn't hear Paris' shrill guffawing. And then, when Hilton walked past later on, one of Morton's friends faked a kick to her bottom, according to a witness. No word on whether the oil heir Davis and Hard Rock empire heir Morton settled the feud with a duel on the beach. 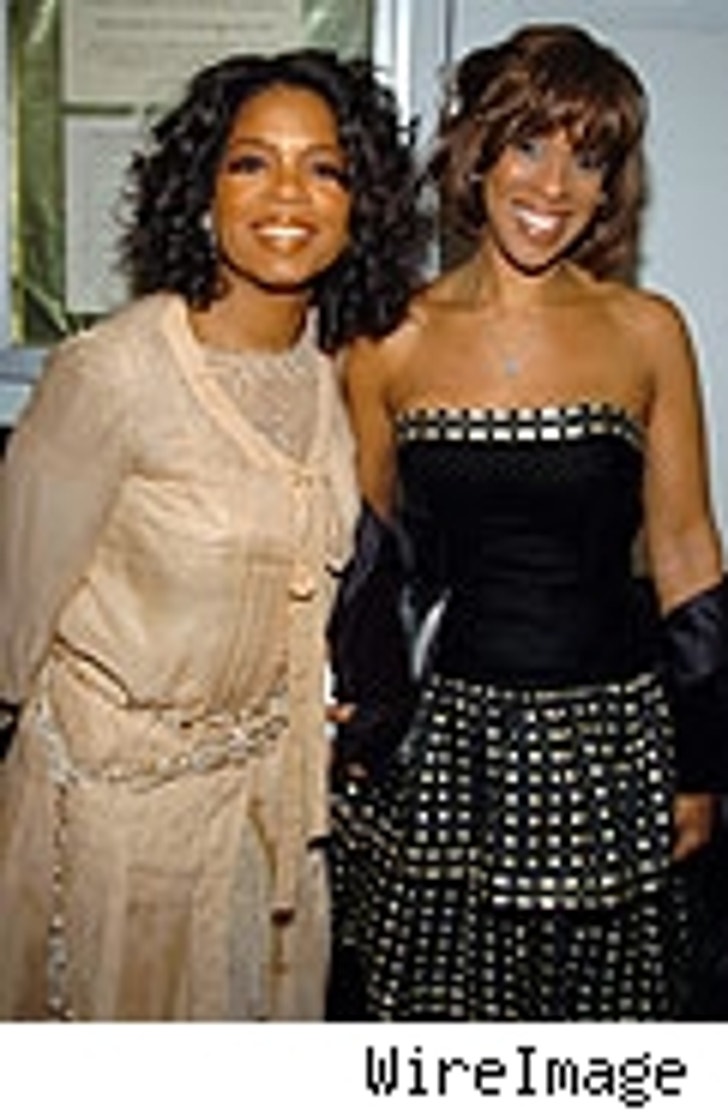 Oprah wants to clear something up: She and best friend Gayle King aren't together – not that there's anything wrong with that.

The talk-show host says that despite the fact that she and King work together, vacation together, talk on the phone four times a day, and, oh yeah, don't forget that night in the Bahamas – there's nothing between them except the closest bond two people can have without being lovers.

Rumors have swirled around Winfrey and BFF King for years as they've been spotted pretty much everywhere together, including in the Bahamas last year when famously Oprah hosted her niece's wedding. As she recalls in a conversation in the August issue of her eponymous magazine, Oprah walked into King's hotel room carrying King's bags. "I knew what all the waiters, what everybody was thinking: They're gay," says Oprah. "This proves it. Has to be, because Stedman isn't around." Tabloids seized upon the incident with headlines like, "Oprah's Hideaway With Gal Pal."

Even if they were together, says King, "we would tell you, because there's nothing wrong with being gay." As Oprah points out, "I've told nearly everything there is to tell. All my stuff is out there. People think I'd be so ashamed of being gay that I wouldn't admit it? Oh, please." 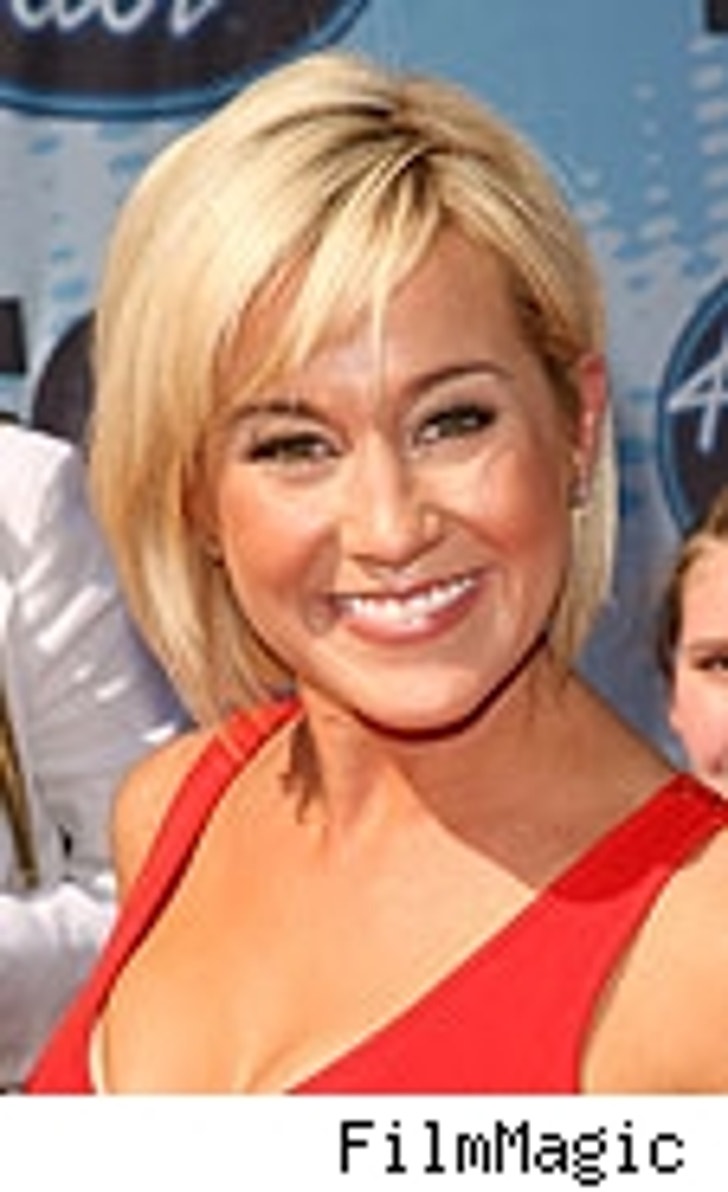 Pickler Gets Record Deal and Rosie's Stamp of Approval as McPhee Responds, Silently

Professional "American Idol" ditz Kellie Pickler has become the fourth contestant from last season's show to land a record deal – and if Rosie O'Donnell has her way, she might also land a spot as a co-host on "The View."

The perky blonde, currently on tour with the "American Idols Live" tour, was signed yesterday to country label BNA Records and 19 Recordings, and her debut album will arrive November 14. Meanwhile, her guest-hosting stint with Barbara, Joy, and Elisabeth went so well that soon-to-be "View" co-host O'Donnell weighed in on her website yesterday with this, er, poetic assessment: THAT KID/TODAY ON THE VIEW/PERFECTION/TRIPLE LOVE HER.

In other "Idol" news, season five runner-up Katharine McPhee has responded to reports that she has ditched the concert tour altogether, posting a letter on fan site katharinefans.com, writing, "I have heard a rumor that I will be missing the entire tour, I can assure you that that is completely false. I am looking to join the tour around the 21st. That is the doctors [sic] orders, not mine." McPhee has been under orders to keep completely silent for the past week and half, but will test her pipes on Wednesday when she co-hosts "The View" herself. 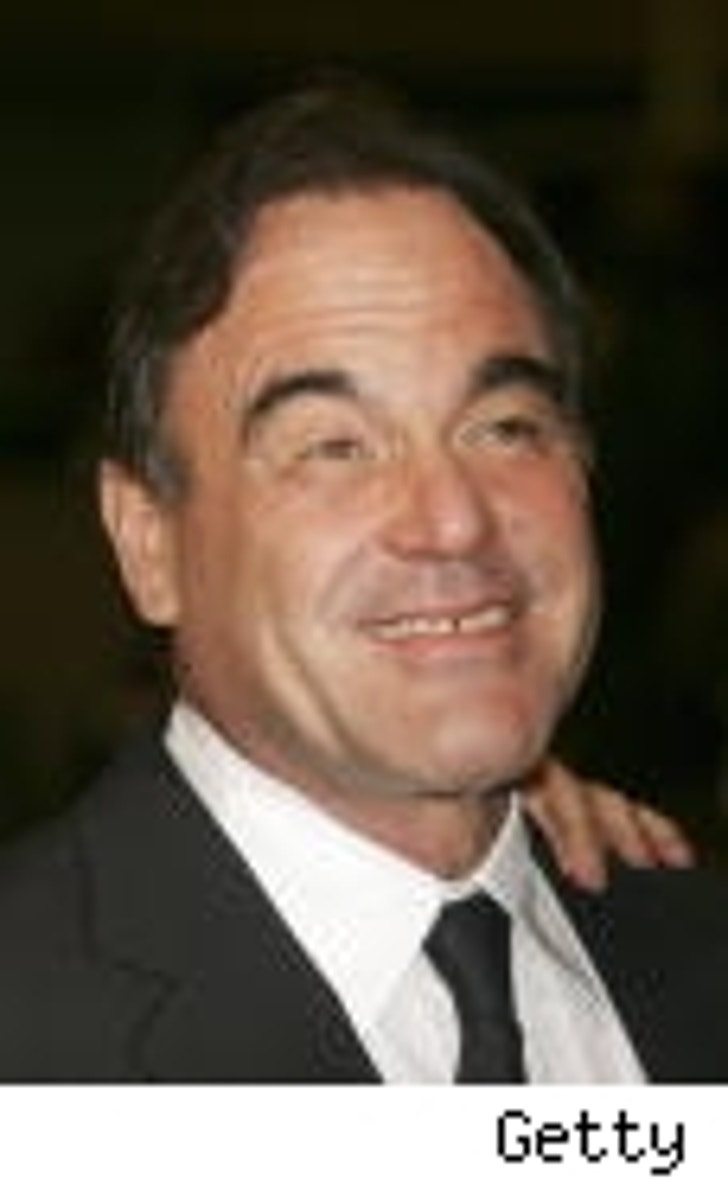 Legendary director Oliver Stone tells the new GQ (via Rush & Molloy) that he loves the experimental drugs – hallucinogenic teas, LSD, peyote, whatever. In fact, he thinks the mind-altering substances are so beneficial that he once slipped a little acid into his father's wine. Elsewhere in the interview, the 60-year-old Stone suggests that he was the inspiration for a famous character in another director's canon – it was the uniform jacket that he wore to Martin Scorsese's film class and his surly attitude that, he claims, gave Scorsese the idea for Travis Bickle in "Taxi Driver." "I'm sure that factored in, because I was driving a cab. I looked a lot like [Robert] De Niro going to class." Again, we reiterate: Oliver Stone loves those hallucinogenic teas. 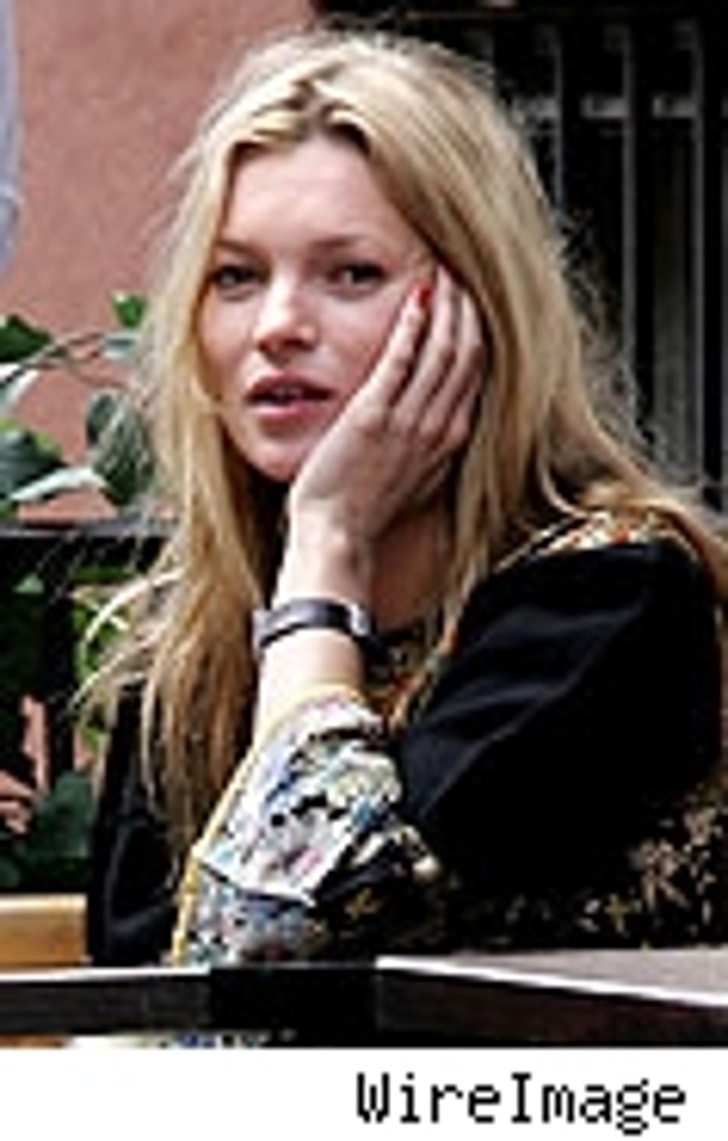 Supermodel Kate Moss got trapped in the London home of Jade Jagger when she couldn't face the waiting paparazzi outside, says Page Six. The police couldn't legally make them leave, so Moss stayed at Jagger's for the night...Sienna Miller and James Franco, who have been spotted making cute all over Canada during the filming of their new movie, aren't an item, according to People. Miller and Jude Law, says a friend, "can't be together and yet can't be apart"...Scarlett Johansson has signed on with Natalie Portman to play Mary and Anne Boleyn, rivals for the bed and heart of Henry VIII, in "The Other Boleyn Girl," a historical drama set to begin shooting this fall in London, reports this morning's Daily Variety.