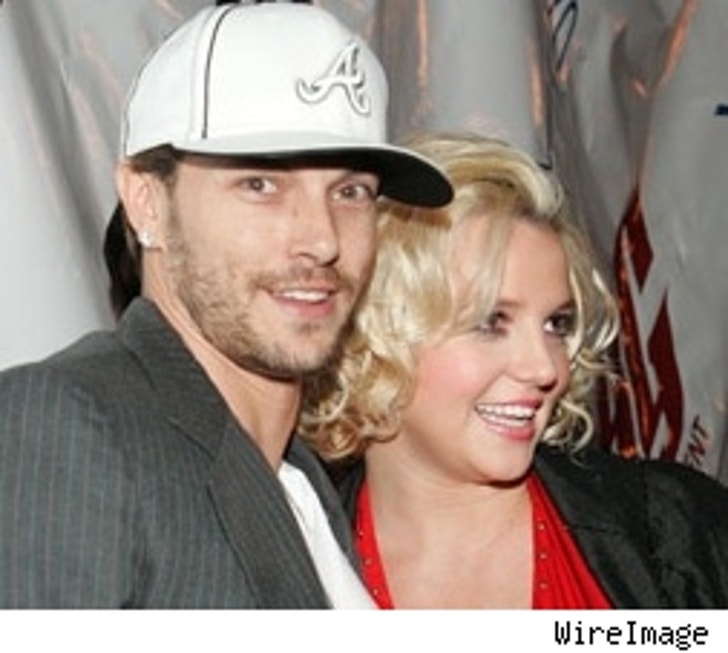 Britney and K-Fed are not getting divorced, not now and not anytime soon – at least over across the pond, in the UK.

Yesterday, a leading tabloid retracted a story in its British editions that the couple were splitting up, and apologized to them for saying so.

The National Enquirer published stories in its June 5 and June 12 editions under the headlines, "Britney marriage is over!" and "Britney and Kevin: And now their divorce!", citing unidentified friends of the couple as sources. In its British edition Tuesday, the Enquirer said that officials "now accept that [the couple's] marriage is not over and they are not getting divorced. These allegations are untrue and we now accept Britney's position that the statement's are without foundation. We apologize for any distress caused."

The pop princess had pursued a libel action Brit-side rather than in the US because libel laws are more plaintiff-friendly in the UK; as a result of the printed retraction, Spears won't be suing the Enquirer, nor will the statement appear in the US.

Meanwhile, K-Fed is "totally preoccupied" with his wife's ex-boyfriend Justin Timberlake's music career, says Star magazine (via Lloyd Grove), and thinks he's going to "pulverize" Justin on the charts. According to a source "close" to Kevin quoted by Star, the aspiring rapper K-Fed believes that he "can write killer rhymes – and that all Justin has is a silly falsetto and a bad haircut." He may do better trying to outdo JT on the big (or is that small?) screen. 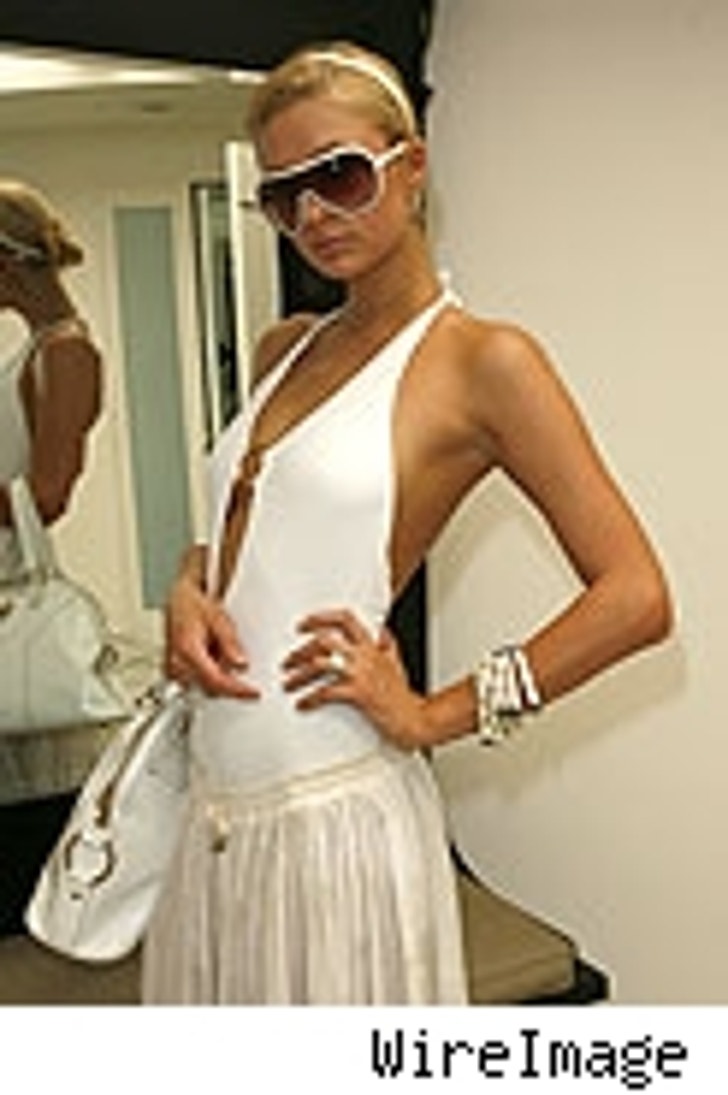 Paris Loves Gays – But Viewers Might Not Know That

Paris Hilton tells gossipista Michael Musto in a recent episode of "The Simple Life" on E! that she's got tons of gay friends. Only problem is, as Page Six points out, the network bleeped out the word "fag" when Musto asked her "Are you a fag hag?", leaving viewers who can't connect the dots themselves a little confused by Paris' answer, namely: "Yeah, a lot of my friends are. They dress better, they're more fun, and they're usually hotter." 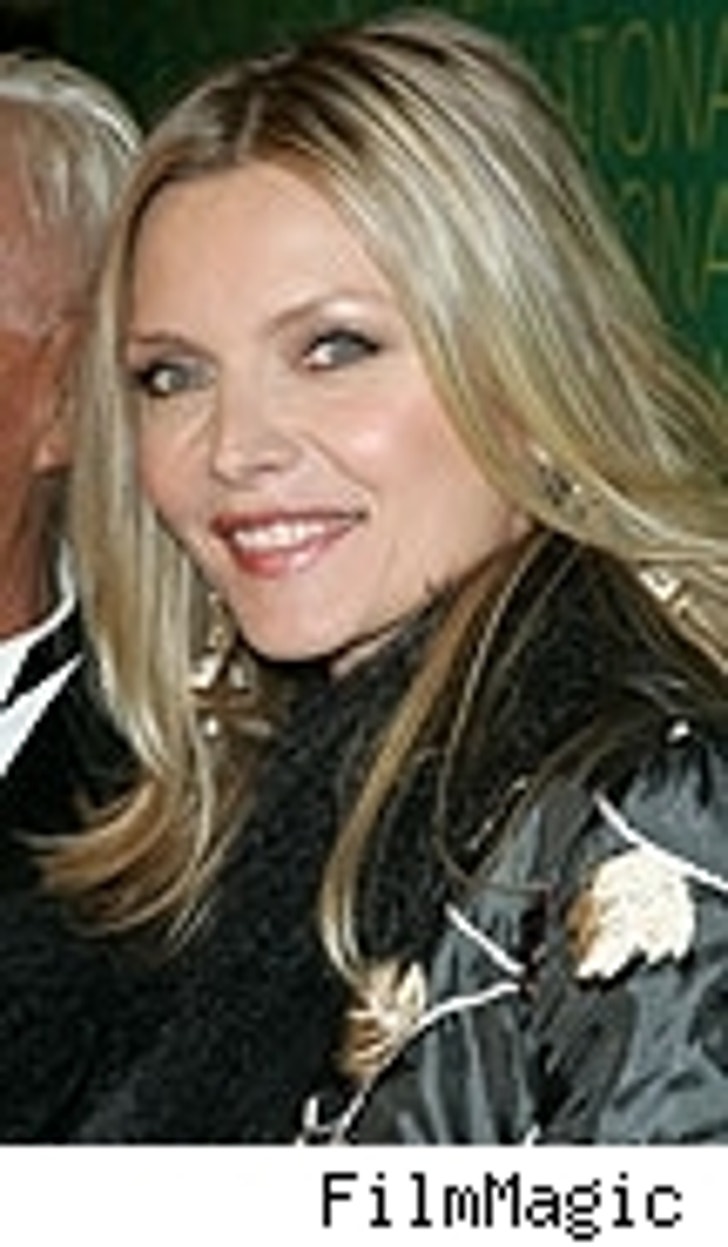 One of Hollywood's truest and most regal beauties, Michelle Pfeiffer, says that even she has thoughts of getting herself nipped and tucked now and then.

"I toy with it," says the 48-year-old Pfeiffer in August's InStyle magazine. "When I'm rested, I look pretty darn OK. I can hold off on that facelift for another few years. (But) when I'm feeling weary, then I think, maybe I better make that appointment."

Pfeiffer does recognize that the mighty scalpel has gotten a little out of hand, saying, "This epidemic of people losing sight of what looks good, the distortion that has been going on is kind of creepy." She also gracefully acknowledges that she's moved on to the "woman of certain age" stage of her career, as in her next role, playing a TV exec who falls for a younger man in "I Could Never Be Your Woman." 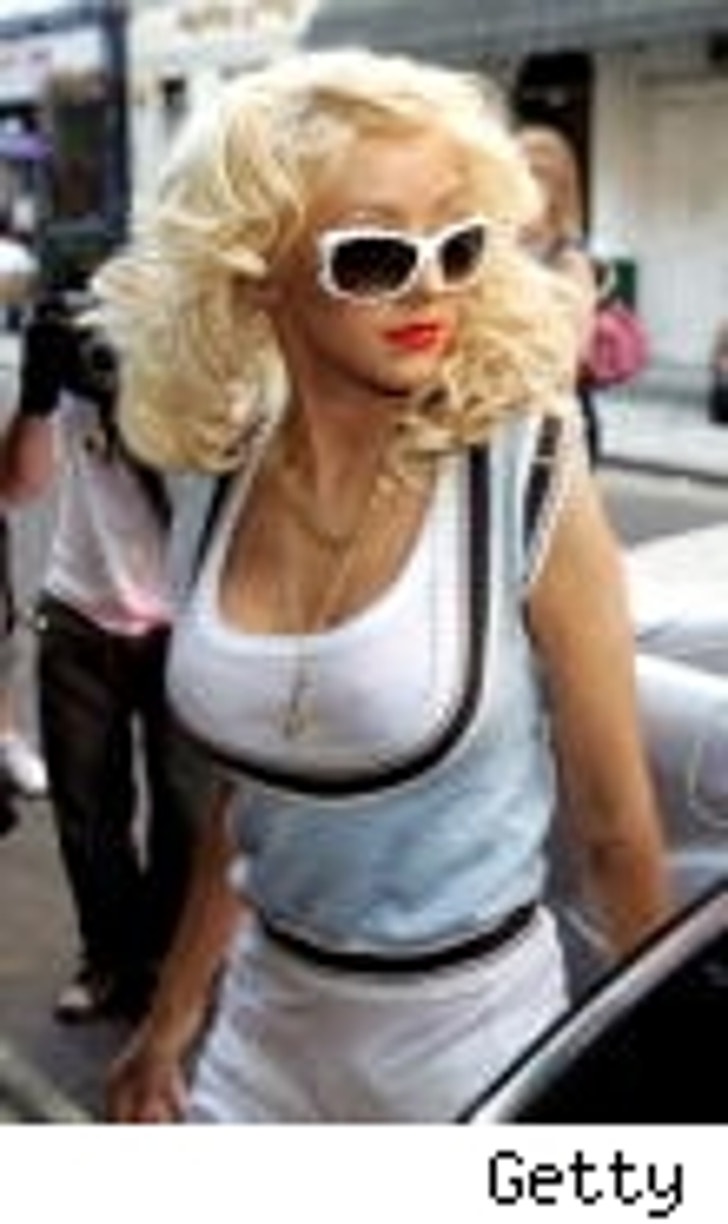 Christina Trades Ring in Nipple for Ring on Finger

Now that she's a married woman, pop diva Christina Aguilera has apparently completely freed herself of a ring in her right areola, according to photographic evidence painstakingly analyzed by Lloyd Grove this morning. Two years ago, Aguilera told the press that she'd ditched all of the metal gear that was impaling various parts of her anatomy, like her tongue, lip, and navel, but that the one in her right nipple was for her and was staying. But yesterday in Paris, says Grove, Aguilera was photographed in a sheer top, and there was no sign of the stud.

Kevin Smith and Joel Siegel Get Into It

And now, a battle of the well-bearded and well-mustachioed: Director Kevin Smith (left) and film critic Joel Siegel are in the midst of a tiff over Siegel's vociferous storming out of a screening of Smith's new movie "Clerks 2." After viewing the film for about 40 minutes and hearing characters banter about various topics, like bestiality, Siegel left the movie early. "I hope he doesn't make any more movies," Siegel told Page Six.

Smith retorted on his MySpace blog with some fairly unkind words of his own, saying "Getting a bad review from Siegel is like a badge of honor. This is the guy who stole his mustachioed-critic shtick from Gene Shalit years ago, and still refuses to give it back...For 'Pirates 2,' he made us all titter with 'Yo, Ho, Ho, and a Bottle of Fun.'"