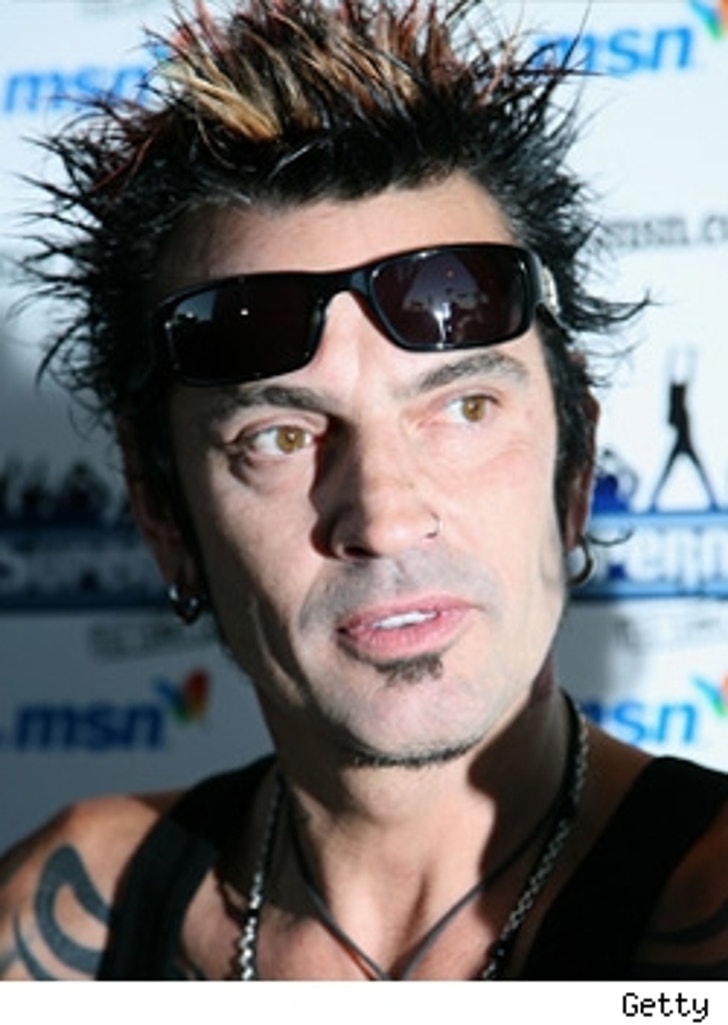 In between hosting Rockstar: Supernova and making out with Dave Navarro, Tommy Lee took some time to reflect on his past. Of course, one part of his past is moving on as his former wife and home video co-star Pam Anderson announced her engagement to Kid Rock. Tommy sat down with Blender in its August issue to talk about some of those days gone by:

On the infamous videotape: People come up to me with the videotape box: "Hey, dude, will you sign this?" No! Everybody assumes that it didn't really get stolen, that we put it out and made millions of dollars, like retarded geniuses. Who would do that? I don't like anything about that videotape.

On the worst place he ever visited: A few months ago I did a DJ gig in Croatia with Erick Morillo. We'd spin some records, then I'd jump on the drums, and the promoter wasn't happy-- he wanted me to play more drums. These security guys turned on us and were ready to take us down. We were almost being held hostage. For the first time in my life I was actually scared, dude. We had to the call the U.N.! The police escorted our cab back to the airport."

On his sixth-grade report card: I got A's and B's, but F's in math and history. I figured, Why do I need to know this? History? Who cares? I wasn't even there!

Watching Rockstar last night, Tommy looked miles away from his school days. Despite his obvious aging, he's still the wildest rock star going these days. Speaking of Rockstars....my money is on one of the female contestants landing the Supernova singer gig. And, yes they can all rock, but we all know both of Tommy's brains will be voting....