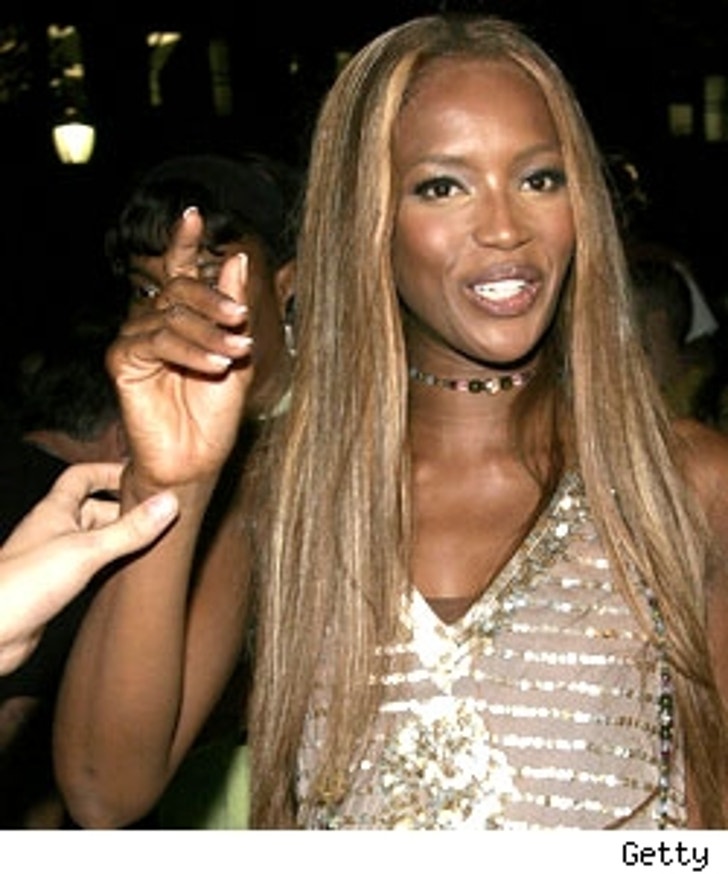 Naomi Campbell is back in the news this morning for -- guess what -- losing her temper.

The 36-year-old supermodel was arrested around 3:00 a.m on July 10 in the tony Belgravia neighborhood of London for, as the Metropolitan Police put it in a statement, a "breach of the peace." The police were called to an address in Belgrave Mews West by reports of a woman causing a disturbance, whereupon they arrested Campbell, moved her to a nearby location, and then de-arrested her.

The self-control-challenged model was reportedly retrieving belongings from the home of an ex-boyfriend, and the police quite helpfully "facilitated the collection of property from the address."

Sources close to Campbell tell TMZ that the incident "was a small argument blown out of proportion." The Metropolitan Police had no further comment but said there would be no further action taken. Campbell is already facing claims from three former assistants who say she allegedly assaulted them with various mobile devices and other implements in fits of rage.