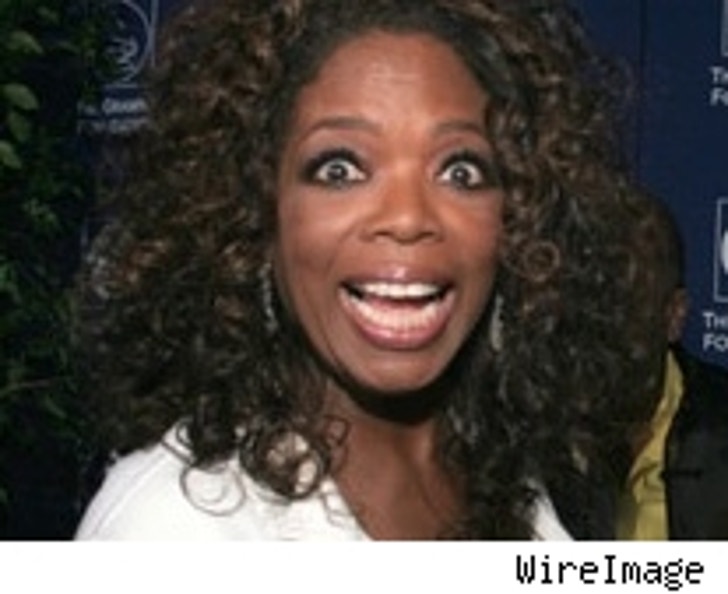 Oprah may have denied last week that she and BFF Gayle King were gay to the entire world to try and squelch rumors, but the plan may have backfired.

PR mavens are buzzing today that Oprah should've just kept her mouth shut and let the speculation fade away.

"There must be a billion people who would have never even suspected it," says publicity legend Bobby Zarem, in Page Six. "This brings attention to something that the average person never thought about. It's a huge, huge mistake." What's more, the talk-show queen's high-profile denial provided plenty of fodder for the cable-news pundits on which to riff -- and not in a nice way. "When did we reach the place where celebrities feel the need to announce this?" asked MSNBC's Keith Olbermann.

Whatever her strategy, Oprah's fanned the flames (no pun intended), and lots of her fans who'd never even heard those rumors in the first place are now contemplating whether they may be true. 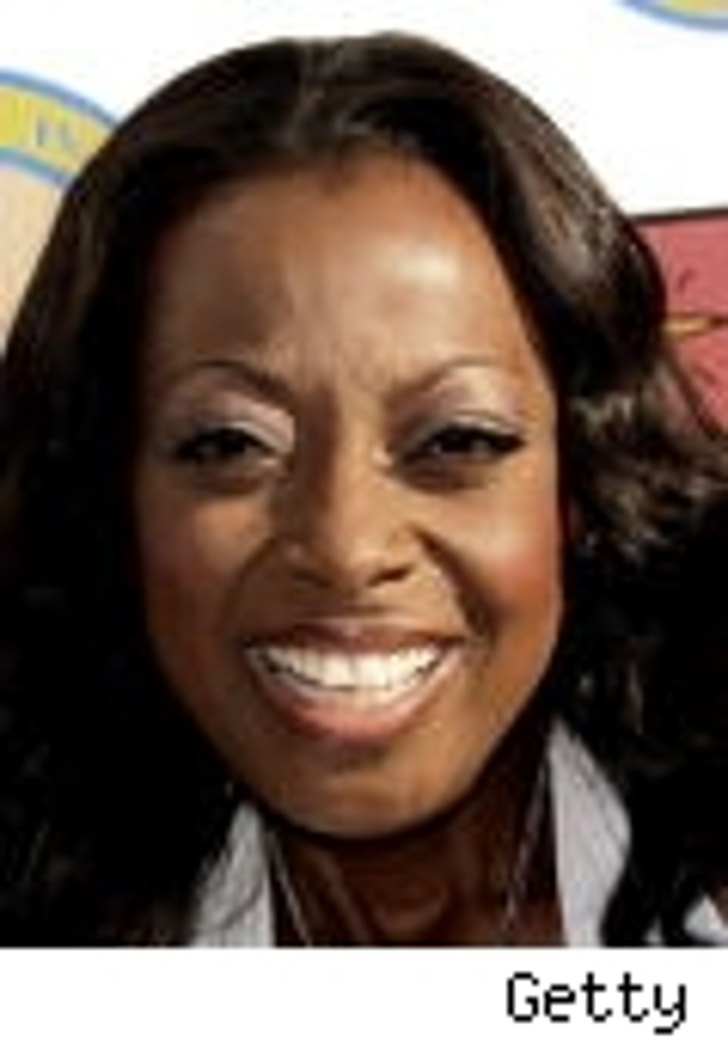 Star Jones should watch where she sits. According to Ben Widdicombe this morning, she stained two white couches with body makeup during a July 4 bash in the Hamptons-and hostess Claudia Cohen (ex-Mrs. Ron Perelman) just got hit with the $1,500 bill. An eyewitness reportedly saw Jones "very heavily, professionally made up" at the party, and fingered her as the culprit, Gatecrasher's source reports. The source also did say it's possible that the stains came from someone else at the party wearing a lot of self-tanner that hadn't set yet. As TMZ.com previously reported, it was at that same party that Star freaked out when her Range Rover was one of the last two cars allowed out by the valets because of a parking ticket mix-up. Maybe she had a reason to want to ditch the party post-haste. 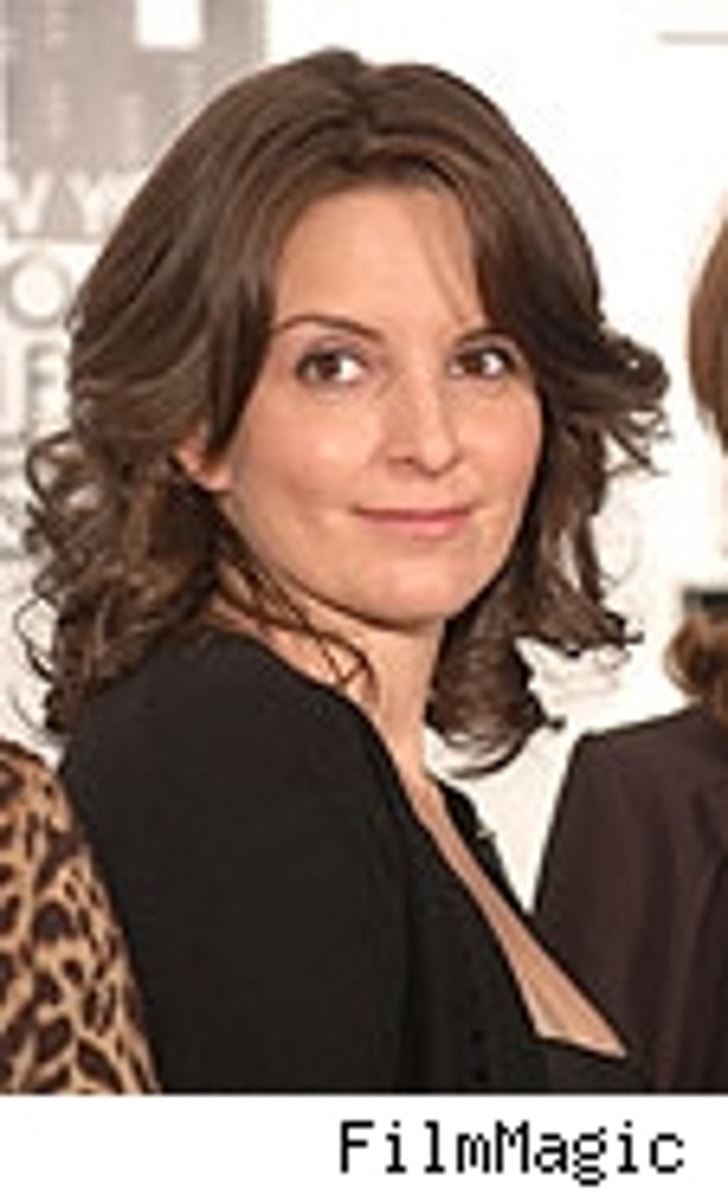 It's quittin' time at "Saturday Night Live" for Tina Fey. Fey announced Friday night on Jay Leno's Tonight Show that she's leaving SNL, where she's been head writer and co-anchor of "Weekend Update" for six seasons after joining the cast in 1997. She's moving on to produce her own show, "30 Rock," which she'll also write and star in.

How does SNL executive producer Lorne Michaels feel about Fey's departure? He's none too pleased: "If you're asking if I'm happy about it, no," Michaels told the Associated Press. "Tina disappearing is a huge hole in the writing staff." Fey's co-star Rachel Dratch (known for, among other things, her dead-on imitation of "Ally McBeal" star Calista Flockheart) is also leaving the show, so Michaels has hiring to do before next season. Maybe he'll be able to convince Andy Samberg's new girlfriend Kirsten Dunst to fill in.

Kat Out of Bag for Axl's New Galpal

Ah what a tangled web we weave: Axl Rose has gone from getting in nightclub fights with Tommy Hilfiger to reportedly getting involved with the friend of Tommy's adopted brother's ex-wife, says Page Six. Hot young model Kat Mack and the pugilistic rocker have been dating for three weeks, and Mack has been showing up at Guns 'n' Roses shows around the world (most recently in Athens), then flying home to host parties like the recent "Sun Silk Party" at New York's Plumm.

Axl used to date Diane O'Connor, who was married to Michael Hilfiger, Tommy's brother, and it's rumored that the fight between Tommy and Axl was sparked by Axl's relationship with Diane. No word yet on whether Kat also has some unhealthily entangled alliances.

Olbermann Gets Stared Down By Best Bud O'Reilly

It's a good thing Keith Olbermann is as tall as Bill O'Reilly -- otherwise, according to Olbermann, O'Reilly would've gotten all up in his face at a recent fund-raiser.

When the two cable newsmen -- who have a long-running feud on-air -- attended the same event, MSNBC's Olbermann feared for his safety. "I swear to God, every time I looked up, he would suddenly look down. He was staring over at me," said Olbermann to assembled scribes at the Television Critics Association. "But we're about the same height, so I really don't think he's going to come talk to me. If I were about a foot shorter, I'm sure there would be a confrontation of some sort."

Olbermann also said that his phone number had been distributed at FOX News and that his email's been hacked into by his enemies at the network.