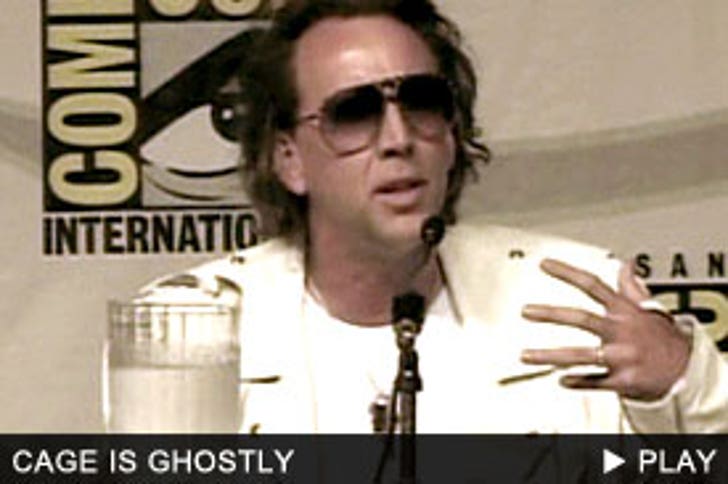 The latest comic book character to get a big screen make-over is "Ghost Rider" starring avid comic book fan, Nicolas Cage. The Oscar winner showed up looking like he hasn't slept in weeks.

Cage was at the huge comic convention, Comic-Con, in San Diego this weekend promoting the movie which he says is very close to his heart.

Based on the popular Marvel Comics series, "Ghost Rider" stars Cage as stunt motorcycle rider Johnny Blaze who makes a deal with the devil in order to save his mentor from cancer.

"Ghost Rider" is scheduled for release in the US in February 2007.