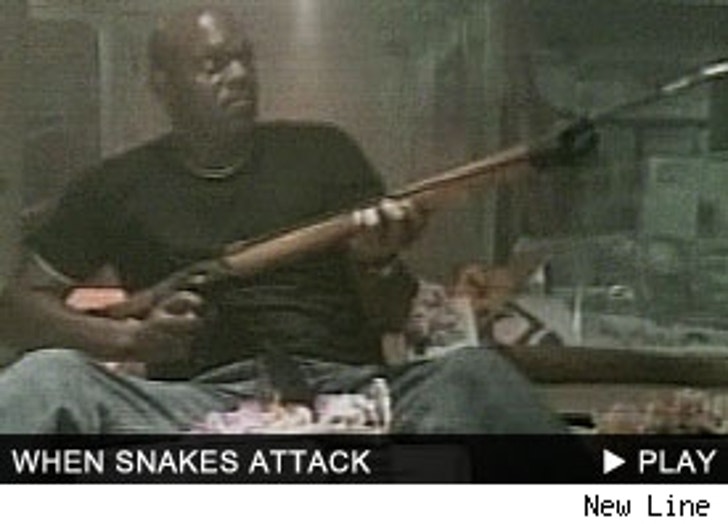 "Snakes on a Plane" is shaping up to be the most buzzed about movie of the summer and Samuel L. Jackson couldn't be happier. Already achieving cult status with the classic "Pulp Fiction," Jackson is ready to be recognized for something different."

The premise of the film is simple. Jackson's character is an FBI agent transporting a convict when the plane he's on gets attacked by poisonous snakes. Though the film doesn't open until August 18th, Jackson is already contemplating a sequel.

"There aren't that many vehicles that you can put people on that you can't get off of. Maybe they could do 'Rats on a Plane.' And the tagline for this one is: 'Where's a Snake When You Need One?'"