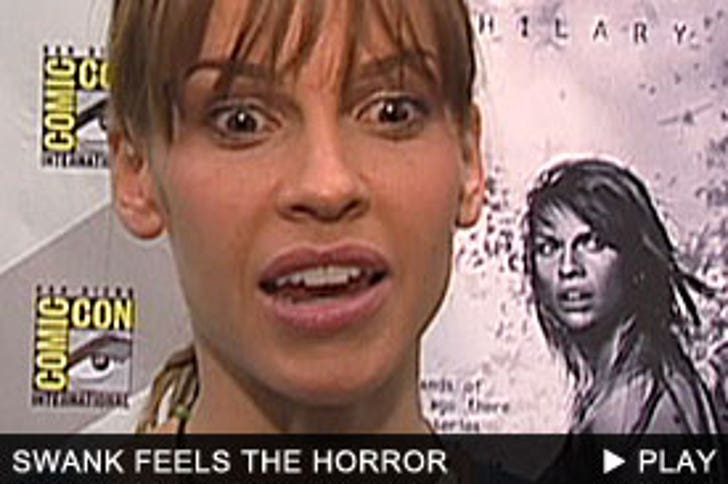 Hilary Swank is taking a page right out of Halle Berry's playbook by following up her Oscar win with a Joel Silver flick. Hilary was at Comic-Con this weekend promoting her new supernatural thriller "The Reaping" and we couldn't help but see the connection between the two actresses.

It wasn't long ago that Berry won an Academy Award for her moving performance in "Monster's Ball," but instead of following up the film with another Oscar-worthy role she opted for the Silver produced "Gothika." Although the film was a critical mess, Berry's status as a superstar went unchanged.

Swank doesn't seem phased by her decision to follow up her win for "Million Dollar Baby" with a genre film though, "I like to challenge myself, I like to find new things. When Joel sent me the script, it was a page-turner and I couldn't stop reading it...I had a really fun time doing it as well...It's fun to do a Joel Silver movie."

"The Reaping" finds Swank as an expert on religious phenomena who's investigating what appears to be a run of Biblical plagues in the South. The film opens November 8th.