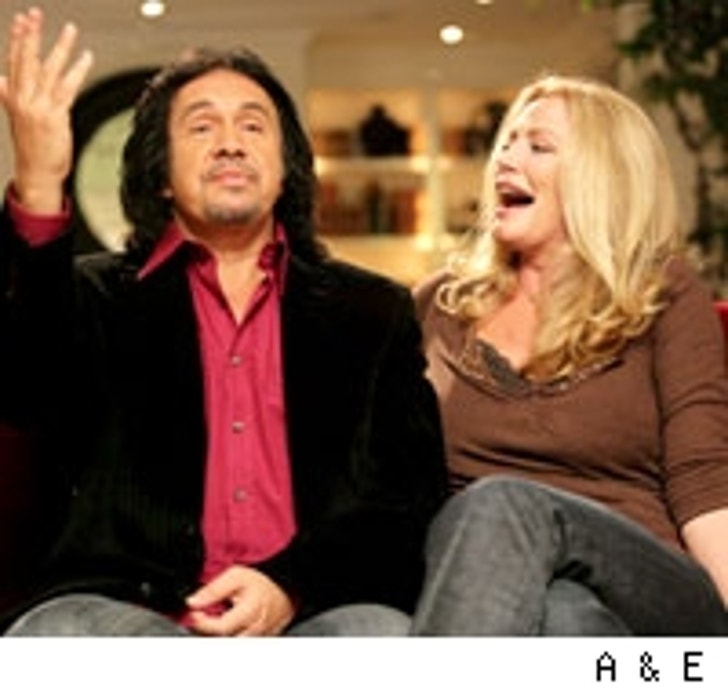 Following in the footsteps of the Osbournes, rock legend and wildman Gene Simmons of KISS, along with his family, will serve as the latest reality family to hit the small screen.

Gene's family is slightly scandalous in certain parts of the country as, unlike Sharon and Ozzy, he's not married. The show will feature his "unmarried" partner of 20+ years and former Playmate of the Year Shannon Tweed and their two children. Like Ozzy, we'll get to see Gene offstage in his Dad persona doing regular Dad stuff like bringing Gatorade to his daughter's soccer games and cheering on his son's band. And, Gene being Gene, we'll see some intimate moments with Shannon like a discussion over Gene's preference for sex over food.

It'll be interesting to see if the couple discusses Gene's reported cavorting with groupies "fans" over the years. At a recent press conference, Shannon opened up a bit on the subject:

But she also reportedly makes a distinction between "emotional cheating and sexual cheating,"' with the latter forgivable as long as it doesn't include the former. Now, that will be one interesting conversation if they get into it. I can hear men's ears perking up around the country and honing their "but it wasn't emotional cheating" defense.