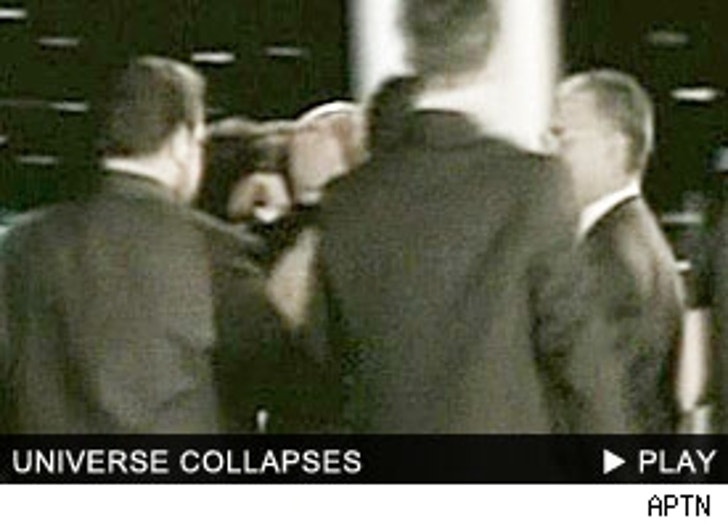 Citing a dress made entirely of metal chains and the hot lights of the auditorium as a reason for the collapse, a pageant spokeswoman said she was given liquids and quickly recovered.

When asked by Colombian press waiting for Rivera in her hotel lobby how she was feeling she smiled and said, "Hola! Un beso para Colombia!"

The 18 year-old beat out 85 other contestants from around the world for the crown.