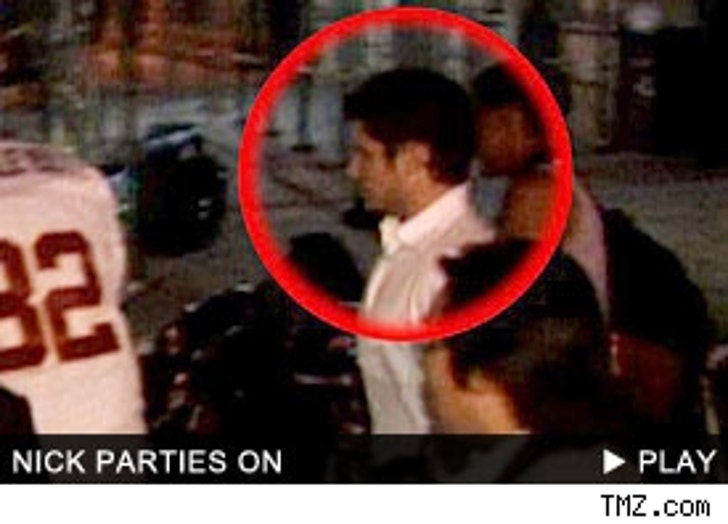 Butter was thick and creamy with celebs last night, as couple-of-the-moment Nick Lachey and Vanessa Minnillo, along with legendary swordsman Wilmer Valderrama and hip-hop impresario Russell Simmons, spent their evening in the ever-packed celeb-boite.

Though earlier in the afternoon they seemed to court the cameras' attention as they pawed at each other like puppy dogs very publicly on the Upper East Side, things were different downtown, as their significant security detail got right up in the faces of our intrepid cameraman as well as some of the other assembled photos, even smacking at another photographer's equipment. The hostility continued when everyone was in the car, as the driver seemed to back up into the crowd without reason.

But inside, TMZ spies say that the couple was very much in full canoodle mode, and that Vanessa got the kiss that she so desperately wanted -- and many many more -- on the club's banquets.

Russell Simmons was seen strolling away from Butter with a tall, lissome blonde, though the last time we saw him with a blonde, she had somewhat longer tresses. Is she the same beauty as before? Judge for yourself.