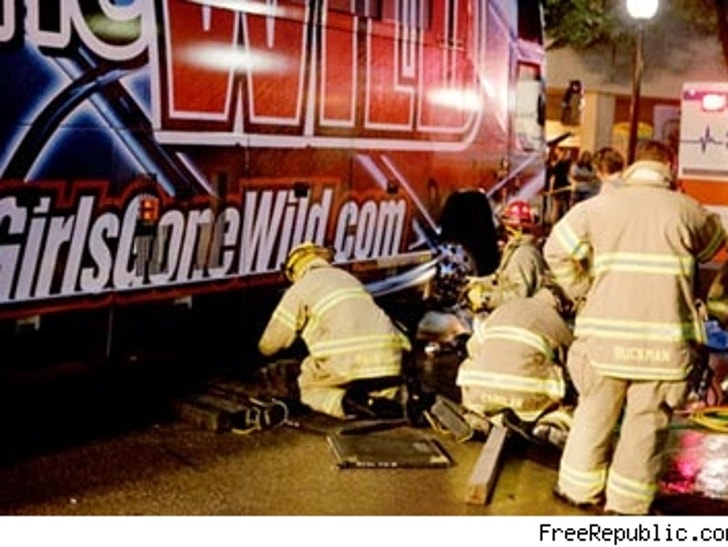 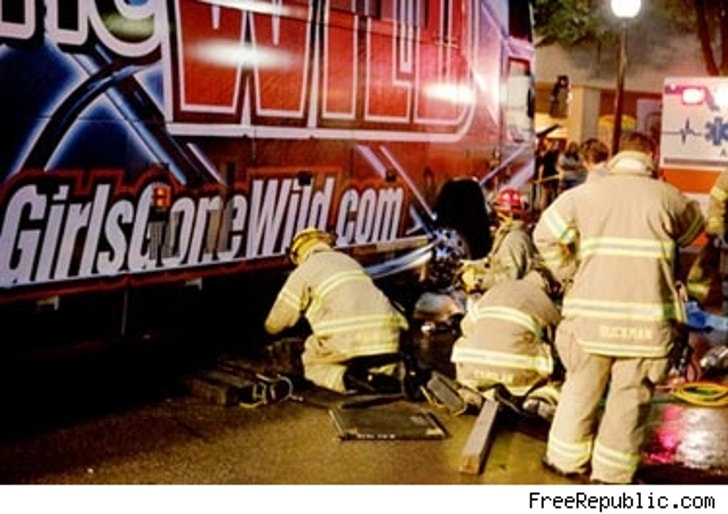 Tuesday night, a Girls Gone Wild tour bus collided with a bicyclist in Iowa City, Iowa, landing the cyclist in the hospital. According to a fire department report obtained by TMZ, the accident happened just after 8 p.m. Firefighters arrived to find a male bicylist trapped beneath the tour bus, where he remained for 20 minutes before high-pressure air bags could be used to lift the vehicle and get him out.

The name of the cyclist wasn't released, pending investigation, and his condition isn't known.

The accident occurred as part of the Girls' bar-hopping national publicity tour, which pulls into Anaheim, Calif. on Wednesday. Cyclists beware.

Bill Horn, publicist for Girls Gone Wild creator Joe Francis, could not be reached for comment.