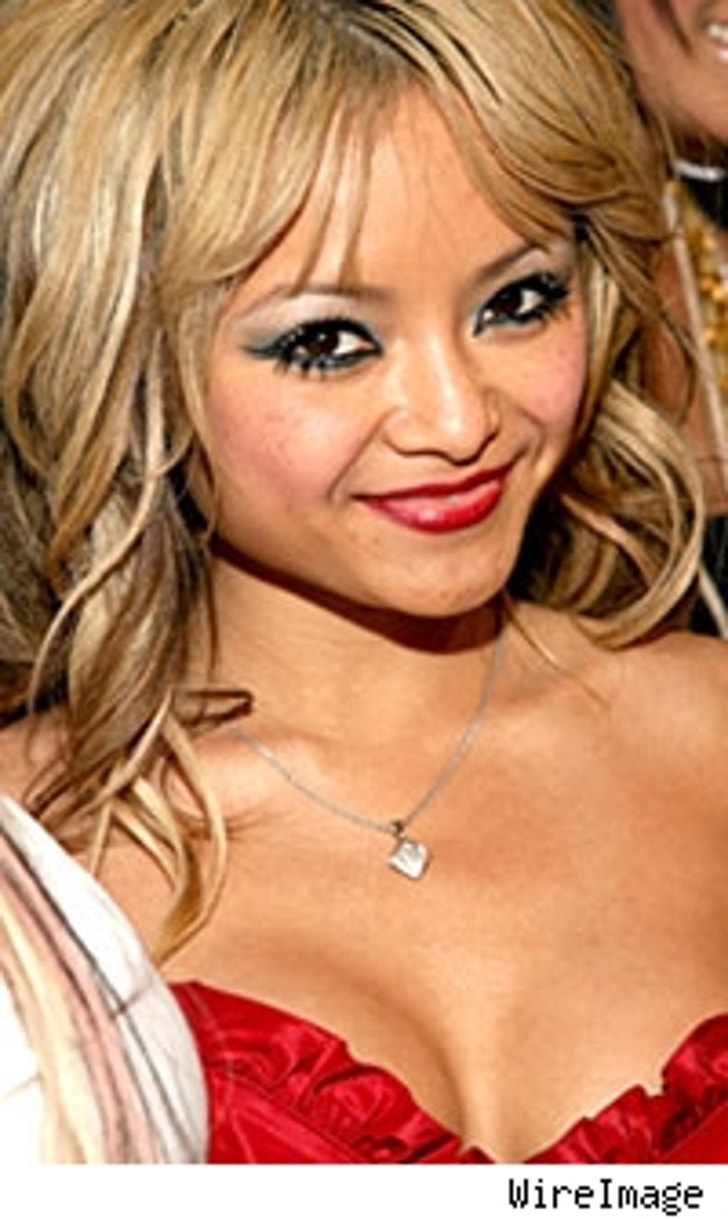 Tila Tequila first gained some noteriety by posing for Playboy, becoming their "Cyber Girl of the Month" in 2002 and appearing on VH1's "Surviving Nugent" in 2003. But, lately Tequila, whose real name is Tila Nguyen, is best known for elevating herself as the Queen of MySpace.

Teqila currently boasts over 1,000,000 MySpace "friends" with an astounding 40,000,000+ page views of her profile. She's one of the first artists signed to "MySpace Records" - a collaboration with Interscope - and is set to head out on tour. Sticking to her somewhat controversial image, Tequila has some special plans for the road.

Turns out Tequila has a thing for strippers: "I used to date a girl who became a stripper. That was a long time ago. I love men now but I still have a lot of fun with strippers. I'm gonna hire a bunch when go on tour to be waiting for me in the dressing room."

That should be some tour. It'll be interesting to see if having so many MySpace "friends" will translate into ticket sales. Now, if she decides to put those strippers on stage...