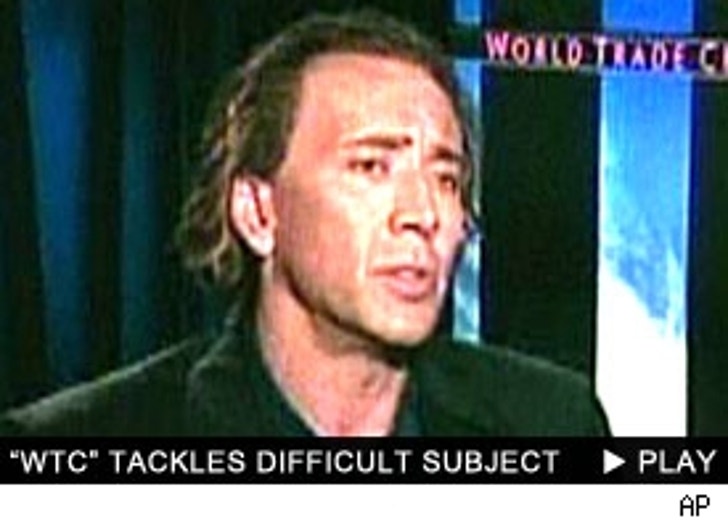 The film chronicles two New York Port Authority officers who were trapped in the rubble of one of the collapsed World Trade towers for 12 hours on 9/11. Cage discusses how it is hard to find meaningful roles and Oliver Stone talks about telling the story from the blue collar guy's point of view. "I just like working class people, ordinary people," he says.