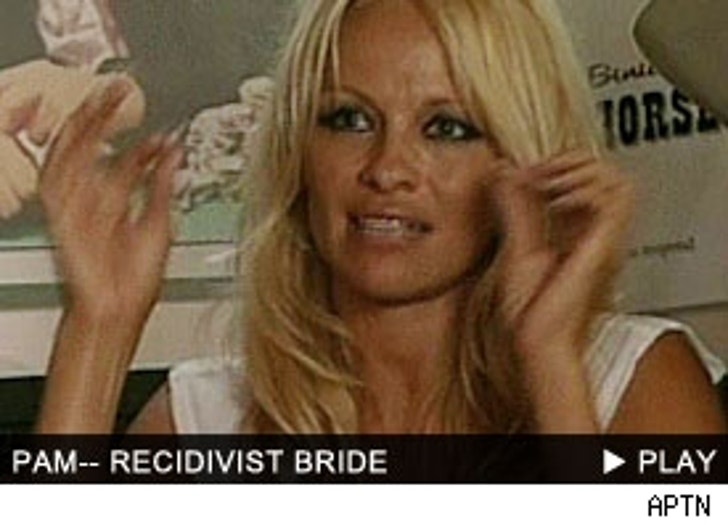 Pamela Anderson has confirmed that she's ready to tie the knot with Kid Rock in France... and California, Michigan and Tennessee.

"I'm going to get married a few times this month to the same guy," said the 39-year-old actress, who wore a white veil pulled back from her face during a news conference about her new online poker site, pamelapoker.com.

She said her nuptials to the rocker, whose real name is Bob Ritchie, will take place near St. Tropez, France. They are reportedly planned for Saturday.

"If Bob knew he was getting married five years ago in St. Tropez, he wouldn't have believed it," Anderson said. The former "Baywatch" star said other celebrations will also take her across the United States.

Anderson and Ritchie, 35, became engaged in the Las Vegas desert in April 2002 but never set a wedding date. They broke up the following year. Anderson has two sons, Brandon, 10, and Dylan, 8, from her marriage to rocker Tommy Lee. Ritchie has a 13-year-old son, Bob Jr.