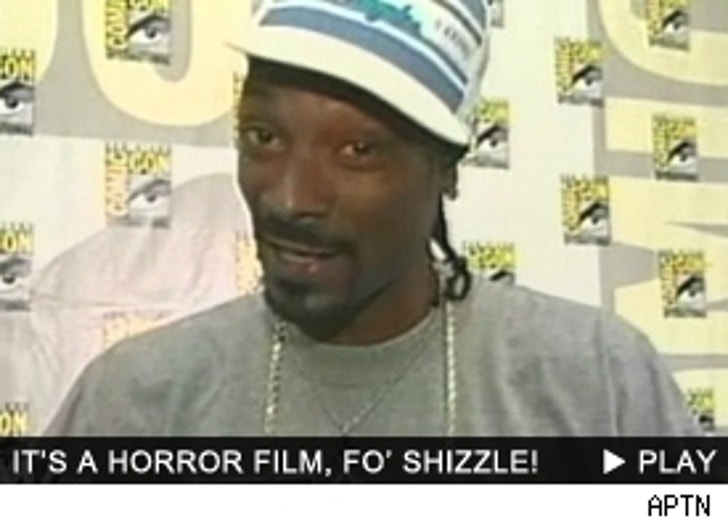 In the film, Snoop plays a host and narrator called the Hound of Hell and, as he says, "I actually connect all three parts of the story together."

Snoop also serves as a producer on the film that "is sort of like a scary movie, but it has a little bit of comedy and reality in there."

As for which he thinks is easier, rapping or acting, Snoop says, "I think rapping is harder, because the rap fans fall off quick. If you make a good movie you are in there for ever. They want a good record every time you come out."

"Hood of Horror" comes out later this year.