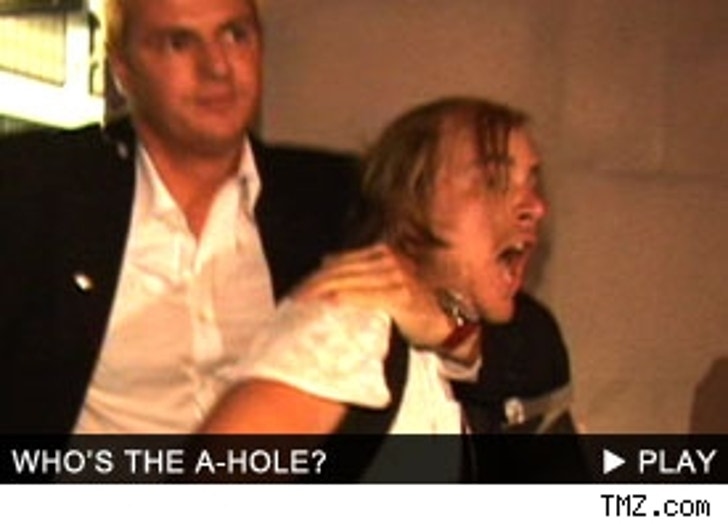 Pro skater and DJ Chad Muska ran into a problem with the bouncers at Hyde last night.

Turns out Chad had been escorted out of the club for being drunk. Chad's friend brought him his backpack while Chad waited outside. When the friend forgot to bring him his needles for the record player Chad attempted to re-enter the club. That's when the bouncer picked Chad up like a sack of potatoes and a scuffle ensued.