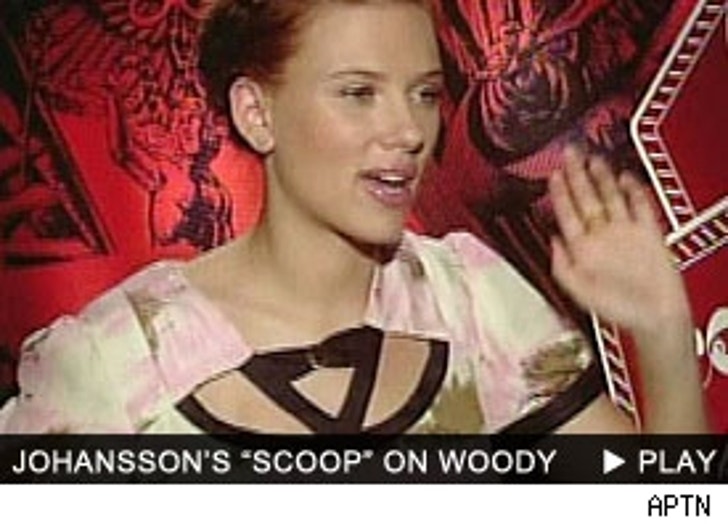 Easy to work with, that is. According to Scarlett Johansson, the set of Woody Allen's new comedy "Scoop" was great. Says the starlet: "working with Woody is always easy because he likes to make his dinner reservations at, like, 7:30".

"Deadwood" star Ian McShane has his own story of Woody's no-fuss style. He tells of his audition- which basically amounted to a few minutes of talking about the weather, and then "The next day I got the script, 'would you like to do it?' I went back to England and said yes."

Woody's directed over 40 films, and he's over 70 years old. It makes sense that after putting up those kind of numbers, a director would just want things to be simple and easy.