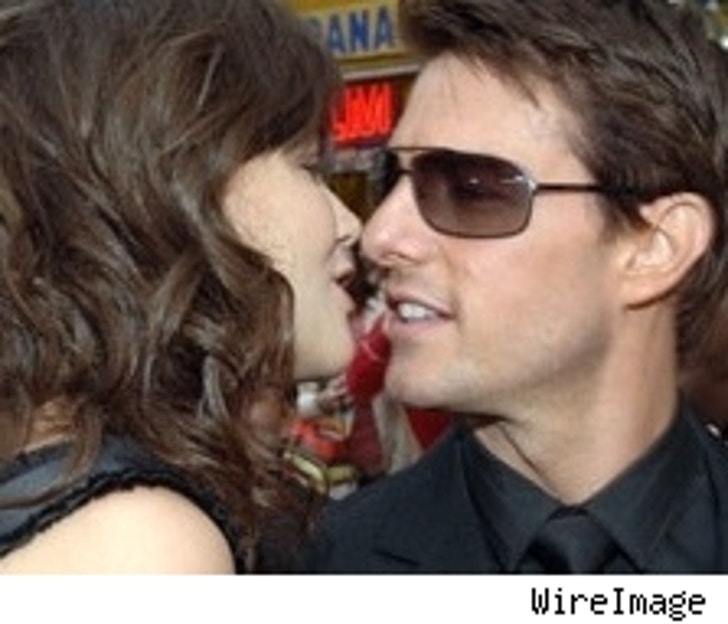 Tom Cruise and Katie Holmes have booked their hairstylist for the entire weekend-and now tongues in Hollywood are wagging that Suri's parents are oh-so-achingly close to tying the knot, at least in some fashion, today or tomorrow.

Recently, TomKat had insisted that they're actually planning a fall wedding, but that might just be a ruse to throw eager paparazzi off the scent.

Page Six reports today that the couple is going to do "some sort of ceremony" this weekend in Los Angeles-and that Tom and Katie are making it a private, Scientologists-only event. That's where things get interesting, since Tom and Katie have been claiming recently that their relationship with Katie's parents -- who want a more traditional ceremony for their baby girl -- is going great.

Initially, Katie's dad, Martin Holmes, was reportedly none too pleased that his former Catholic schoolgirl daughter was pregnant out of wedlock, and the Holmeses were also said in previous reports to be upset that Katie had, apparently, become a Scientologist. This latest development, if true, would certainly seem to throw another complication into their relationship. 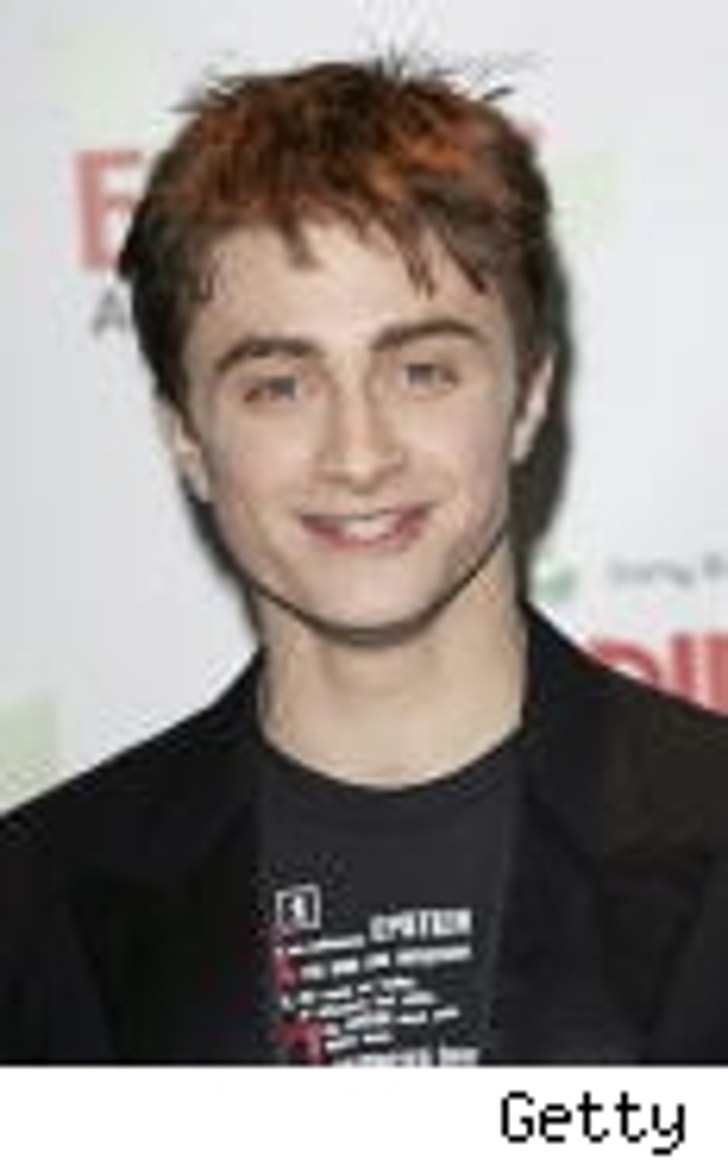 Our Little Harry's All Growed Up

Daniel Radcliffe, who's played Harry Potter in the series' four movies so far, has some, er, revealing career plans: He's going to get naked onstage in a London production of the Peter Shaffer play "Equus."

Radcliffe will play a stableboy who, in one scene, must ride a horse naked and simulate an orgasm. (Eww.) It's quite a shift from the school dances at Hogwarts, but it's definitely a sign that the 17-year-old Radcliffe doesn't want to play little-boy wizards forever. 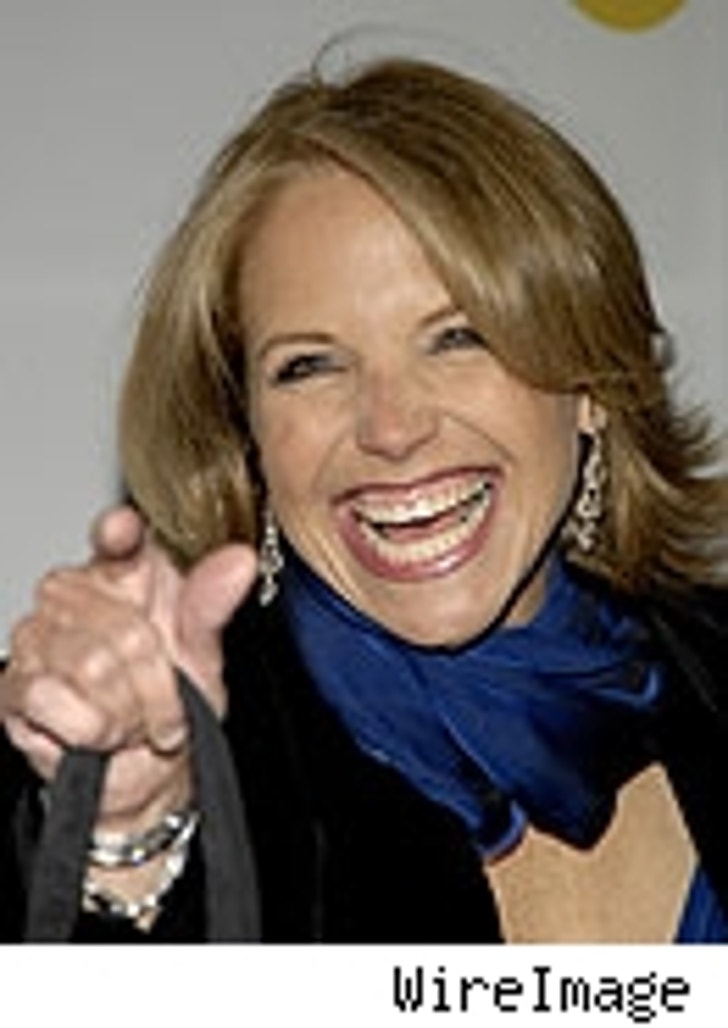 Nothing gets between Katie Couric and her producers. On a flight from Washington, D.C. to New York on Wednesday, reports Page Six, the newswoman pleaded with the pilot to allow her producer to board after the plane's doors had closed and the plane was about to taxi down the runway.

Katie was allowed into the cockpit to speak directly to the pilot to beg that her producer Nicola Hewitt, whom she claimed had been held up by security, be allowed to board. Katie's wishes were granted and Hewitt was brought onto the plane. Despite Katie's holdup, the flight pulled into LaGuardia Airport 10 minutes early.

Couric's rep confirmed her intervention, but a Delta flack denied that Katie had been given any special treatment. 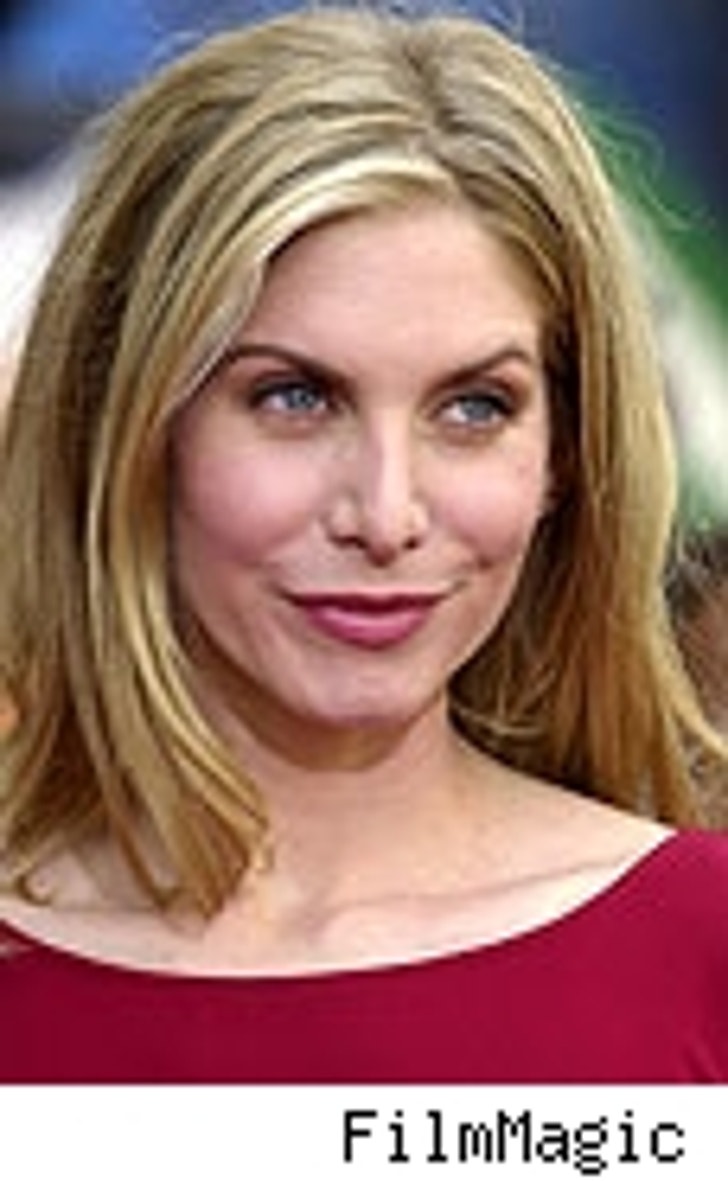 Warning: If you're a diehard "Lost" viewer, you might want to stop reading now. The famously complicated show just announced that it's hired former "ER" actress Elizabeth Mitchell for the third season, which has set off more wild speculation than you can shake a fallen palm frond at. The rumor is that Mitchell will be a love interest for Jack (Matthew Fox), though it's unclear where the writers are going to say Mitchell came from. Is she a previously unknown survivor of Oceanic Flight 815? Is she a new castaway? Is she an Other? Or will she only appear in flashbacks? She's also joined by a previously announced addition to the show, "Love, Actually"'s Rodrigo Santoro. 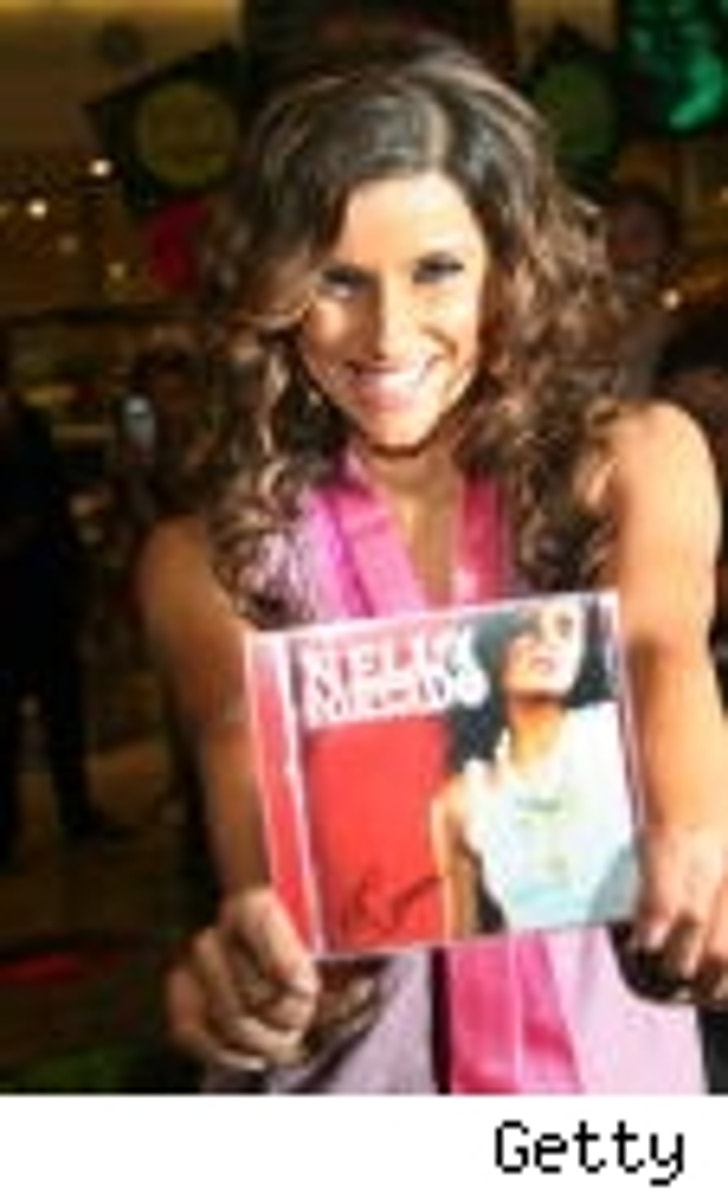 Nelly Furtado's "Promiscuous" has been number one on the Billboard chart for five weeks now, which means she's made a great case for having the unofficial song of the summer. . .Meanwhile, the Rolling Stones have proved that they only get better-and richer-with age. They've topped the list of the highest-grossing tours of the first half of 2006, with a cool $147.3 million from 45 shows around the world. No wonder Keith Richards was so quick to recover from his fall from a tree a few months ago.