Farm Aid 19 takes place this September in Camden, New Jersey and one interesting thing jumps out at me...its sponsored by Silk. Soy Milk? Are things that bad for American farming that we don't have any actual cows left? Where is the Dairy Association?!?

Obviously, I'm kidding. US farmers are growing tons of soy these days and Farm Aid is still relevant all 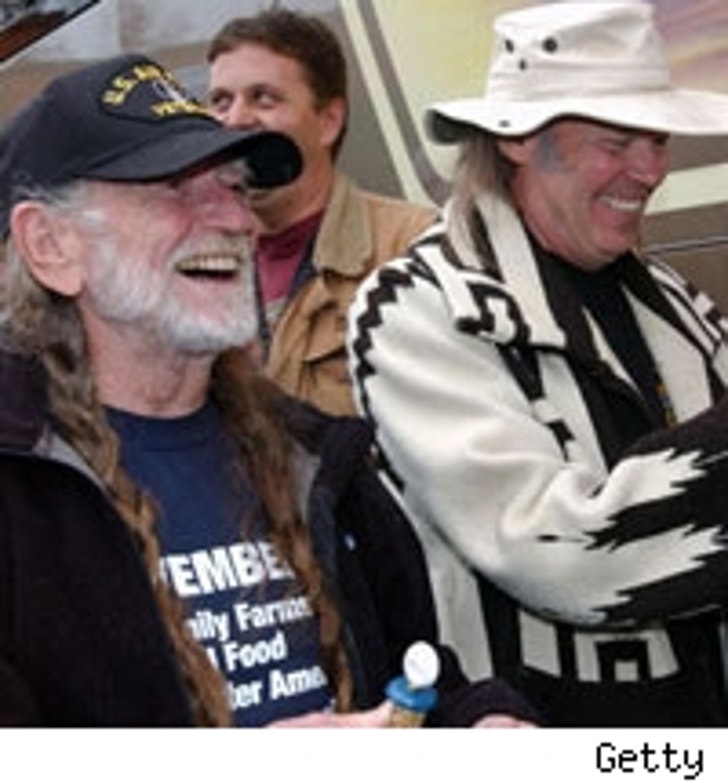 these years later. And, I know there are cynics out there that say why is this show in the Philly area in Camden, New Jersey? The answer is that nearly "half of the land in Pennsylvania and New Jersey is used for agriculture, and the region boasts more than 200 farmers' markets."

Willie Nelson, John Mellencamp, Neil Young and Dave Matthews are the announced headliners for the show. This makes sense given the longterm commitment from these artists. Willie Nelson, Neil Young and John Mellencamp organized the first Farm Aid concert in 1985 to raise awareness about the loss of family farms and to raise funds to keep farm families on their land. Dave Matthews joined the Farm Aid Board of Directors in 2001.

I've got no doubt that they will be adding more big names and having guest appearances from friends. So, if you are in the area, it will be one of those "must see" events to hear great music and support a worthy cause.