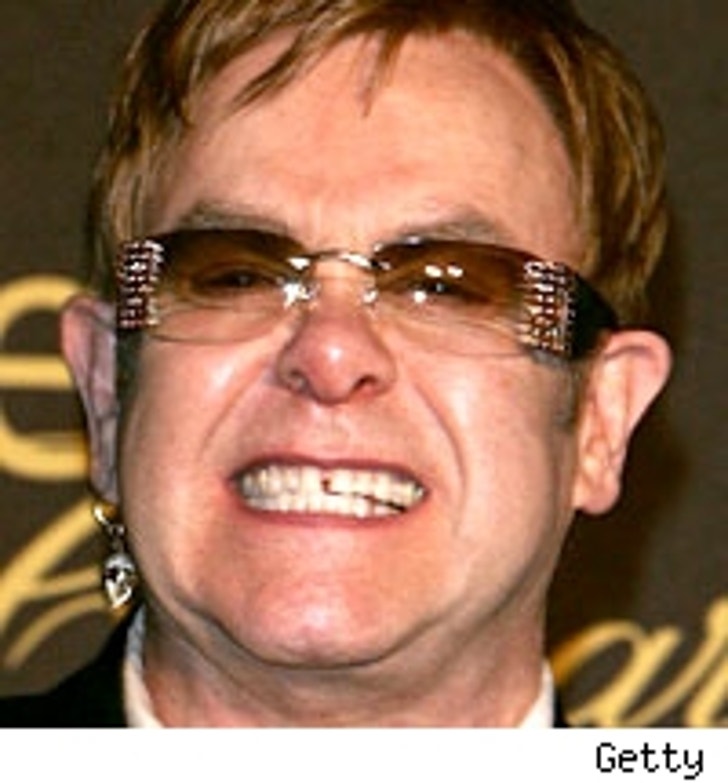 Sir Elton John's loose lips are at it again. This time the 59-year-old's vocal venom is pointed directly at American bands' style.

John wants Yankee groups to dress more like he and his fellow Brit glam rockers (like The Who and Queen) did in the 70s.

He tells Fashion Rocks magazine, "I think it's good that some American bands are beginning to do that, but it's still very rare for bands to make a real effort... I'm so over tattoos and the T-shirts and rings through the noses. It's not pretty, it's not pleasant, it's not exciting. Please stop it now." We guess a Good Charlotte duet is out of the question.

In 2004, the singer had a bout with Tourette's of the mouth and lashed out at everyone from Taiwanese photographers to Madonna to George Michael, whom he collaborated with on the '90s hit "Don't Let the Sun Go Down On Me."

After being swarmed by the press upon arrival at a Taipei airport, John called the Asian media "rude, vile pigs." He accused the Material Girl of lip-synching at a British award show, but later apologized. And then he said Michael appeared to be in a "strange place," wasting his talent by staying at home and shunning the limelight, late night trysts in public parks not included.

Stay tuned to see what other invective Elton will unleash when he hosts the Fashion Rocks concert on September 8 on CBS.