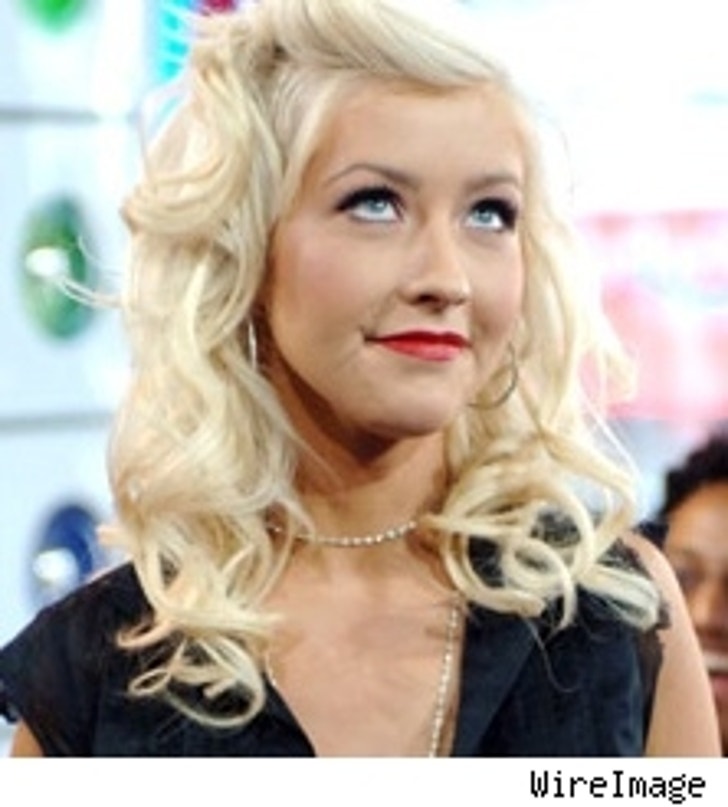 Though it's become a fact of life for new releases these days, Christina Aguilera's latest album -- "Back to Basics" -- has surfaced on the Internet, 12 days before its official unveiling on Aug. 15.

Thirty-second snippets of "Back to Basics" song files had begun to pop up online on various sites in the last week of July, but fans in numerous Christina-related forums had expressed surprise that the album had yet to appear in its full version anywhere online, and credited RCA Records' efforts in attempting to keep the record under wraps. (A check by TMZ showed that several sites that had carried the music files yesterday and this morning were disabled or had had the files removed by the early afternoon.)

Scores of high-profile album releases in the last two years have seeped onto file-sharing services, despite stringent security measures put into place by the major labels. U2, 50 Cent, Madonna, and Fiona Apple, among many others, have fallen victim to Internet poachers well in advance of their albums' announced release dates.

"Back to Basics," by all appearances (or hearings), seems to be a high-concept two-disc production that melds a contemporary R&B- and soul-inflected pop album with a jazzier, string-backed torch-singer set. Aguilera's reps didn't return TMZ's calls for comment.