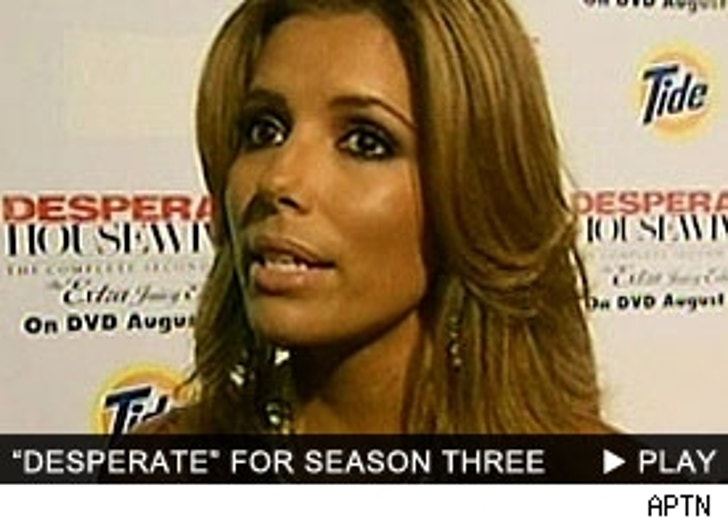 The ladies of "Desperate Housewives" had a tough task at this weekend's Season 2 DVD release party -- trying to talk up a season that was seen as a critical failure by many.

An extremely tanned Eva Longoria stepped up to defend the season saying, "I'm so proud of this DVD, because I think once you see it, you'll really realize how good season two was, instead of listening to just critics, saying, 'Oh, they're in a slump. Oh, it wasn't like last year.'"

Longoria's co-stars mirrored her sentiments and seemed unfazed by the show's lack of Emmy nominations. "Wonderful people got nominated this year, fantastic shows," said last year's Emmy winner Felicity Huffman, "Everybody gets their little five minutes in the spotlight, and I'm so happy to be a part of it."

And with all this talk about last season, it was refreshing to see a new face to talk about things to come. Hottie Josh Henderson joins the cast as Nicolette Sheridan's nephew and promises he'll be just as scheming as his aunt, "He's stirring up a little trouble on Wisteria Lane."