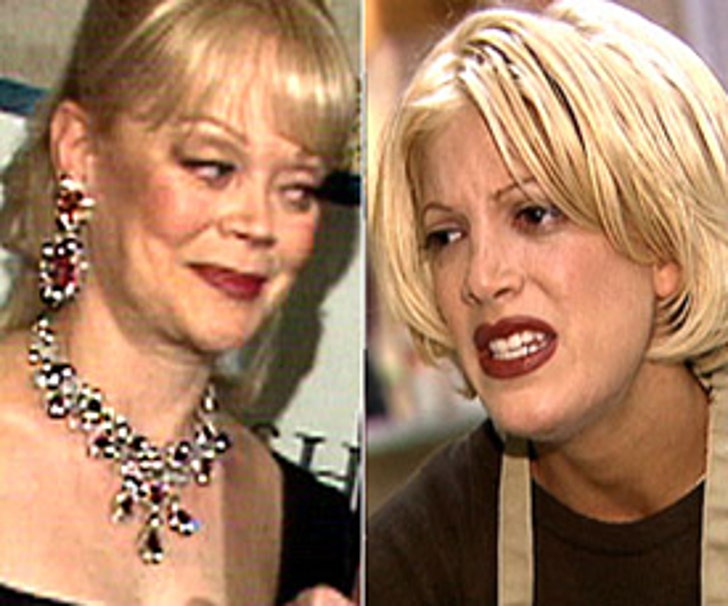 Candy Spelling has bought the farm -- as in the Farmer's Market in Los Angeles. Aaron Spelling's widow was pretty in pink Sunday as she went from stand to stand, doing her own grocery shopping.

Don't feel too sorry for Candy. She's worth close to a half a bil (yes- with a B). Tori on the other hand -- not so much. Reports are Tori has been all but disinherited from Spelling's mega-estate, pulling in less than a million bucks.

Tori and Candy are in a family war of Jihad proportions. The two have been at war for months. Candy reportedly 86'd Tori's TV project to honor her dad. TMZ has learned the feud was ignited several years ago, when the Spellings threw Tori's first wedding reception. Family sources tell TMZ that Candy dropped a cool million on the affair, but Tori felt her mom cheaped it out.

As for the Farmer's Market outing, at one point Candy seemed to struggle with the bill, but we think it had more to do with her eyesight than her purse. A dutiful assistant in a suit and tie accompanied her as she bought fruits, vegetables and other goodies.