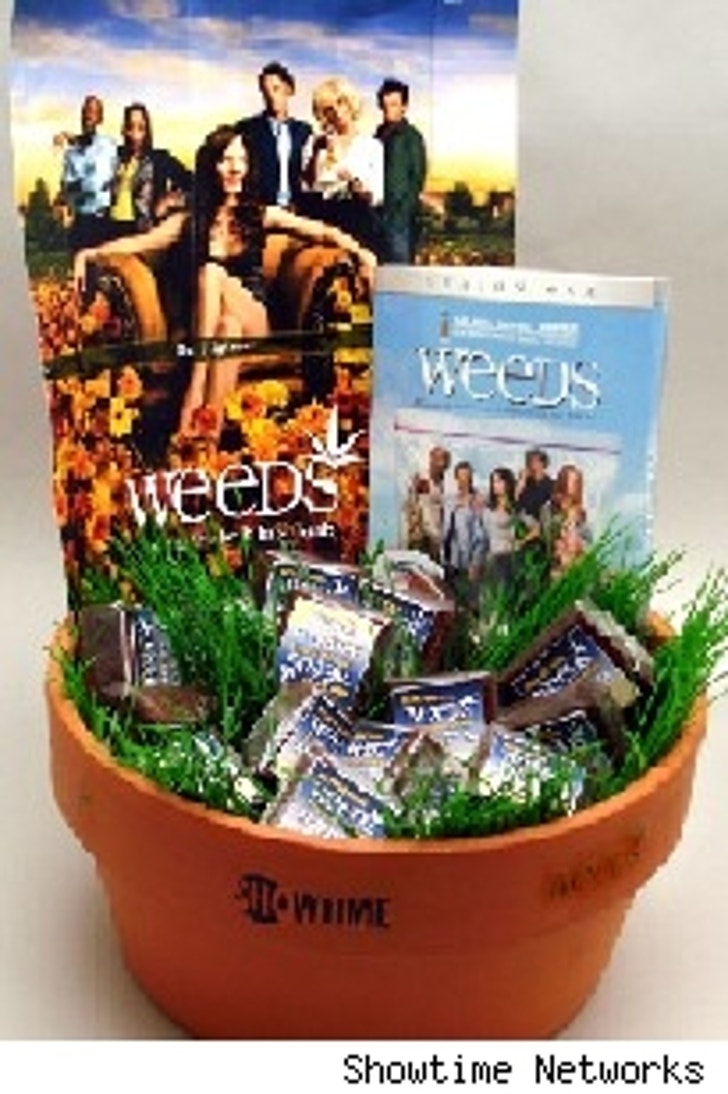 If you thought that Showtime was high on the second season of its budding sitcom "Weeds," you're absolutely right. Their extensive marketing push in advance of the show's August 14th premiere is a stoner's delight, with brownies, "Munchie Mobiles" passing out edibles all over the country, and a magazine ad that's sure to make delicate noses scrunch up in puzzlement -- or perhaps inhale with pleasure.

In the August 24 issue of Rolling Stone, on newsstands this Friday, Showtime has placed a scent-strip ad (you know, the kind that you pull open to reveal, normally, perfume or cologne) that smells suspiciously like the flowering plant known scientifically as Cannabis sativa. (Not that we know what that smells like, of course. We'll let you make up your own mind about the quality of the grade.) The critically-acclaimed "Weeds" tells the story of a suburban mom (Mary-Louise Parker) who sells marijuana to make ends meet for her family.

Next Monday, the day of the premiere, Showtime will also be handing out brownies all over New York, LA, Chicago, San Francisco, Seattle, and Boston, and the network has already dispatched "Munchie Mobiles" passing out Frito Lay and Ben & Jerry's products starting today in New York, with additional stops on the Jersey Shore, in Boston, and in Newport, RI.